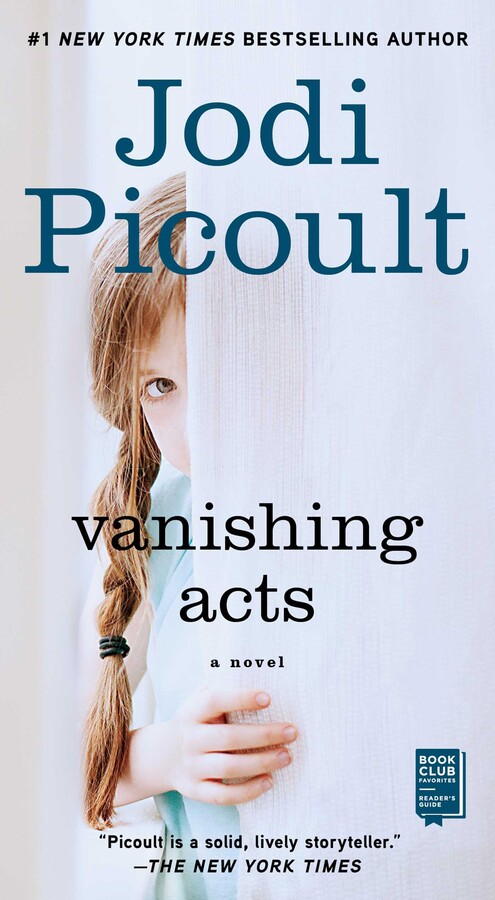 By Jodi Picoult
LIST PRICE $13.99
PRICE MAY VARY BY RETAILER

The #1 New York Times bestselling author of modern classics such as My Sister’s Keeper and Small Great Things weaves a “richly textured and engaging” (The Boston Globe) tale that explores what happens when a young woman’s past—a past she didn’t even know she had—catches up to her just in time to threaten her future.

How do you recover the past when it was never yours to lose?

Delia Hopkins has led a charmed life. Raised in rural New Hampshire by her beloved father, she now has a young daughter, a handsome fiancé, and her own search-and-rescue bloodhound, which she uses to find missing persons. But as Delia plans her wedding, she is plagued by flashbacks of a life she can’t recall…until a policeman knocks on her door, revealing a secret about herself that irrevocably changes her life.

With Vanishing Acts, Jodi Picoult explores how life might not always turn out the way we imagined; how the people we love and trust can suddenly change before our very eyes; how vanished memories can evolve into threat. Featuring characters that “resonate with authenticity” (People), Vanishing Acts masterfully explores a serious topic with understanding, insight, and compassion.

By Jodi Picoult
LIST PRICE $13.99
PRICE MAY VARY BY RETAILER