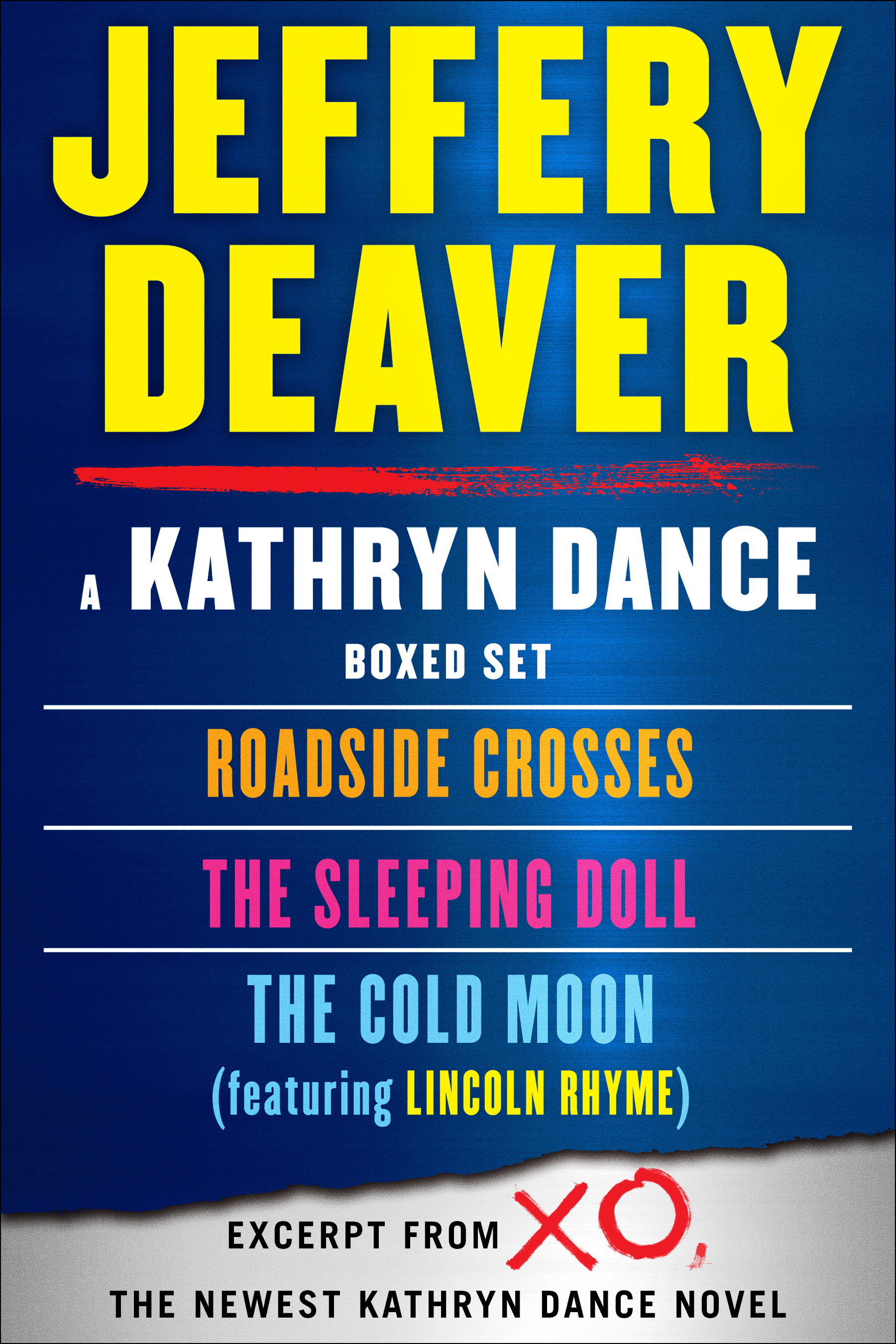 By Jeffery Deaver
LIST PRICE $34.99
PRICE MAY VARY BY RETAILER

Get on the case with Kathryn Dance.

The Cold Moon
On a freezing December night, with a full moon hovering over New York City, two people are brutally murdered. The death scenes are marked by eerie, matching calling cards: moon-faced clocks that investigators fear ticked away the victims' last moments on earth. Renowned criminologist Lincoln Rhyme immediately identifies the clock distributor and has the chilling realization that the killer—who has dubbed himself the Watchmaker—has more murders planned in the hours to come. With Rhyme’s longtime love Amelia Sachs now busy as the lead detective on a homicide case of her own, it will take the expertise of Agent Kathryn Dance to stop the Watchmaker killings and unravel the trail of a diabolical criminal masterwork in the making.

The Sleeping Doll
Daniel Pell, the “Son of Manson,” is serving a life sentence for the brutal murders of the wealthy Croyton family, a crime mirroring those perpetrated by Charles Manson in the 1960s, and that left behind only one survivor: the youngest Croyton daughter, who, because she was in bed hidden by her toys, was dubbed “the Sleeping Doll.” When Agent Kathryn Dance is called in to interrogate Pell in connection with a recent murder, the psychological jousting match that ensues goes terribly wrong, and Pell escapes. But far from simply fleeing, Pell turns on his pursuers—and other innocents—for reasons Dance and her colleagues can’t discern. The only person who can help her find the pattern in Pell’s rampage is the now-teenage girl who lay as though asleep through that terrible night.

Roadside Crosses
The Monterey Peninsula is rocked by fear when a killer begins to leave roadside crosses beside local highways—not in memoriam, but as announcements of his intentions to kill. And he kills in particularly horrific and efficient ways: using personal details about his victims that they've carelessly posted in blogs and on social networking websites. Agent Kathryn Dance traces the leads to Travis Brigham, a troubled teenager whose role in a fatal car accident has inspired vicious attacks against him on a popular blog, The Chilton Report. To get to Brigham, Dance must overcome speechifying politicians, paranoid parents, and the blogger himself, James Chilton, whose willingness to derail the case—and possibly Dance’s career—soon forces Dance to take desperate measures.

XO (excerpt)
Country-pop ingénue Kayleigh Towne’s career is reaching new heights with her huge hit single “Your Shadow”—but increased fame is also bringing unwanted attention to the young singer. An innocent exchange with one of her fans, signed with an “XO,” leads Kayleigh into a dangerous and terrifying realm of obsession. Despite her clear rejection and threats from lawyers and law enforcers, Edwin Sharp remains convinced that Kayleigh loves him, and he announces he's coming for her. A series of accidents and disturbing phone calls lead Kayleigh to believe her life is in danger, and soon people close to Kayleigh die. Agent Kathryn Dance must stop the stalker—but before long she learns that, like many celebrities, Kayleigh has more than one fan with a mission…

Jeffery Deaver is the #1 internationally bestselling author of forty-four novels, three collections of short stories, and a nonfiction law book. His books are sold in 150 countries and translated into twenty-five languages. His first novel featuring Lincoln Rhyme, The Bone Collector, was made into a major motion picture starring Denzel Washington and Angelina Jolie and a hit television series on NBC. He’s received or been shortlisted for a number of awards around the world, including Novel of the Year by the International Thriller Writers and the Steel Dagger from the Crime Writers’ Association in the United Kingdom. In 2014, he was the recipient of three lifetime achievement awards. He has been named a Grand Master by Mystery Writers of America.

By Jeffery Deaver
LIST PRICE $34.99
PRICE MAY VARY BY RETAILER

SEE ALL
See more by Jeffery Deaver
Thank you for signing up, fellow book lover!