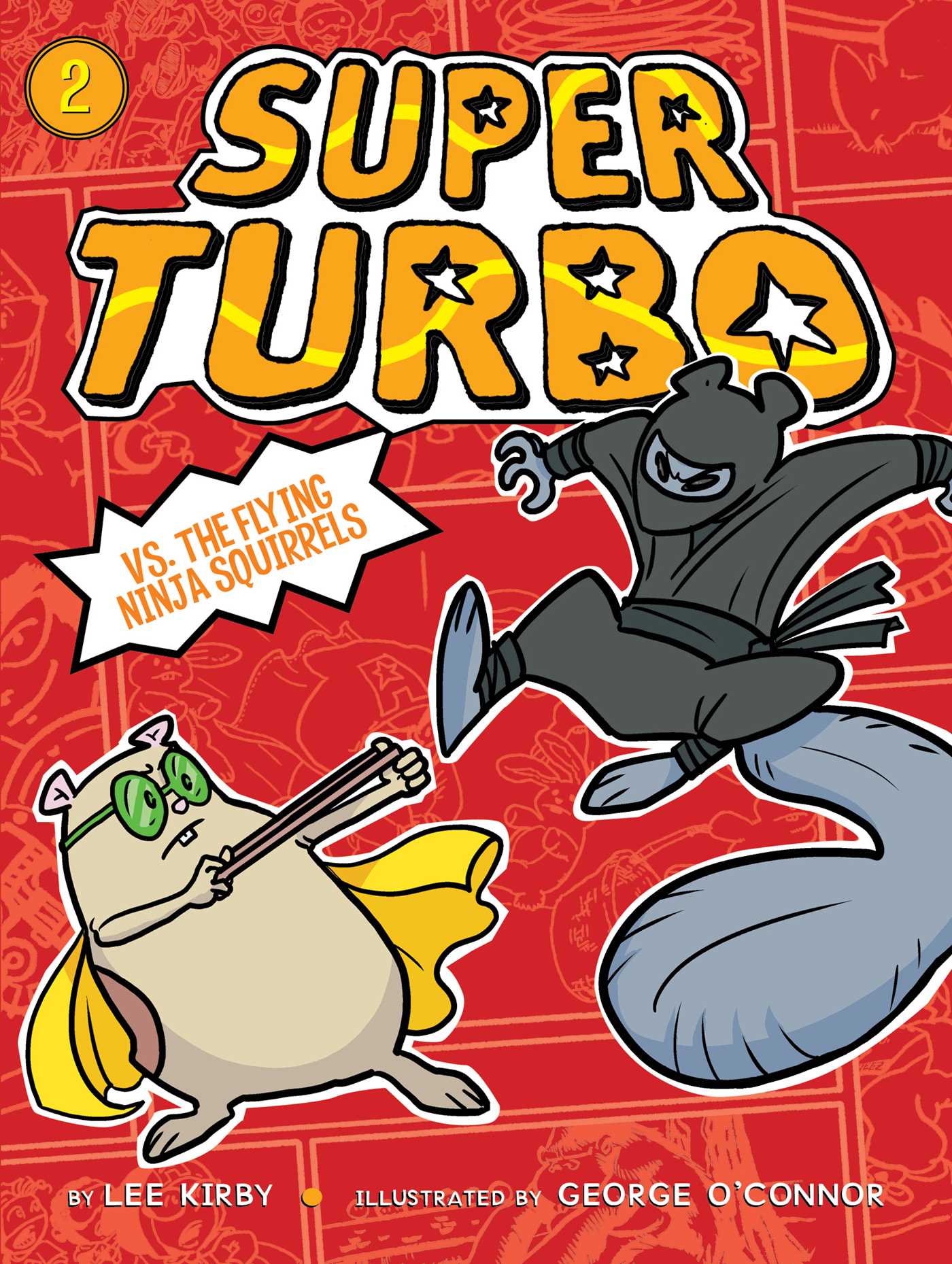 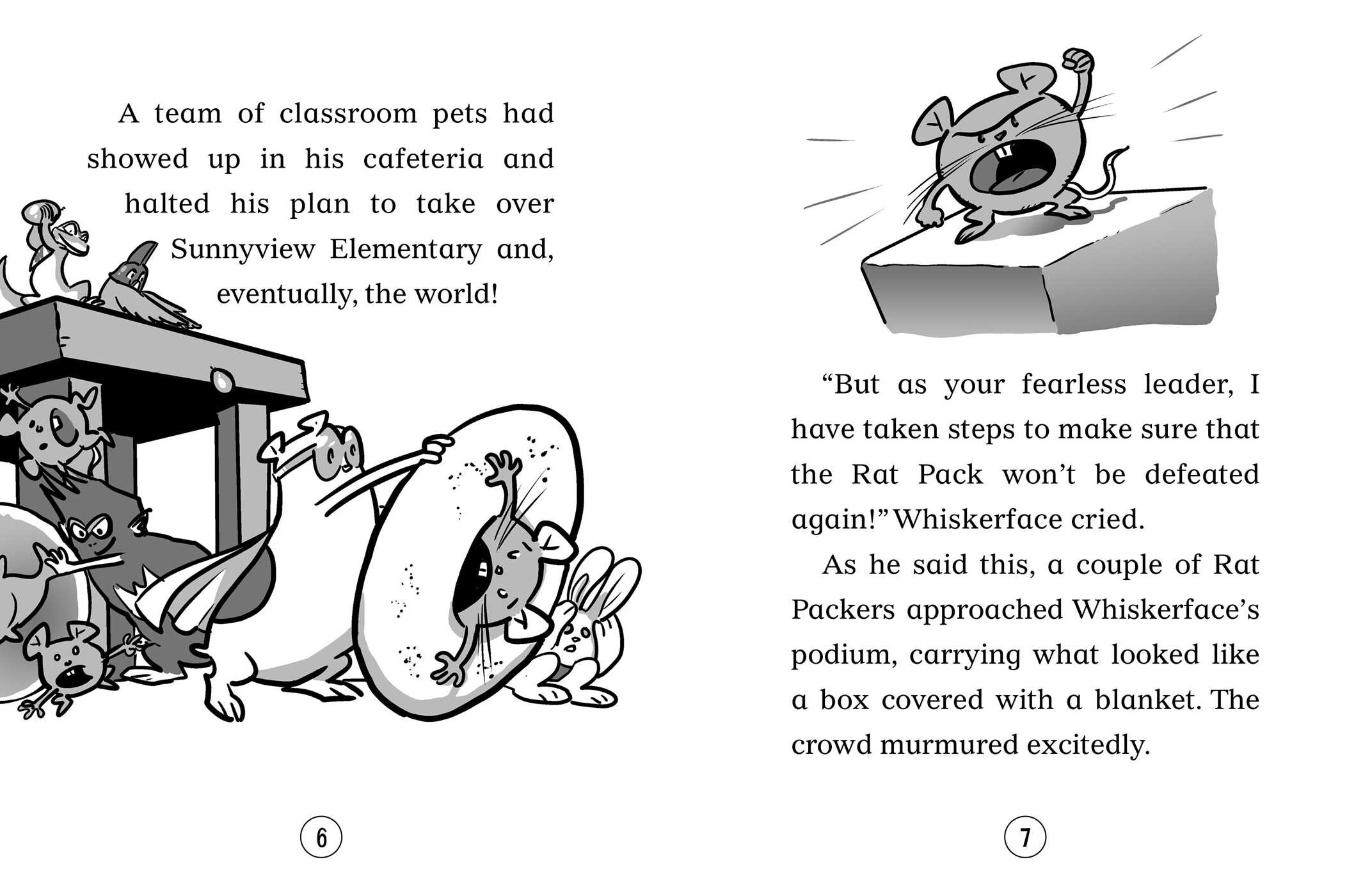 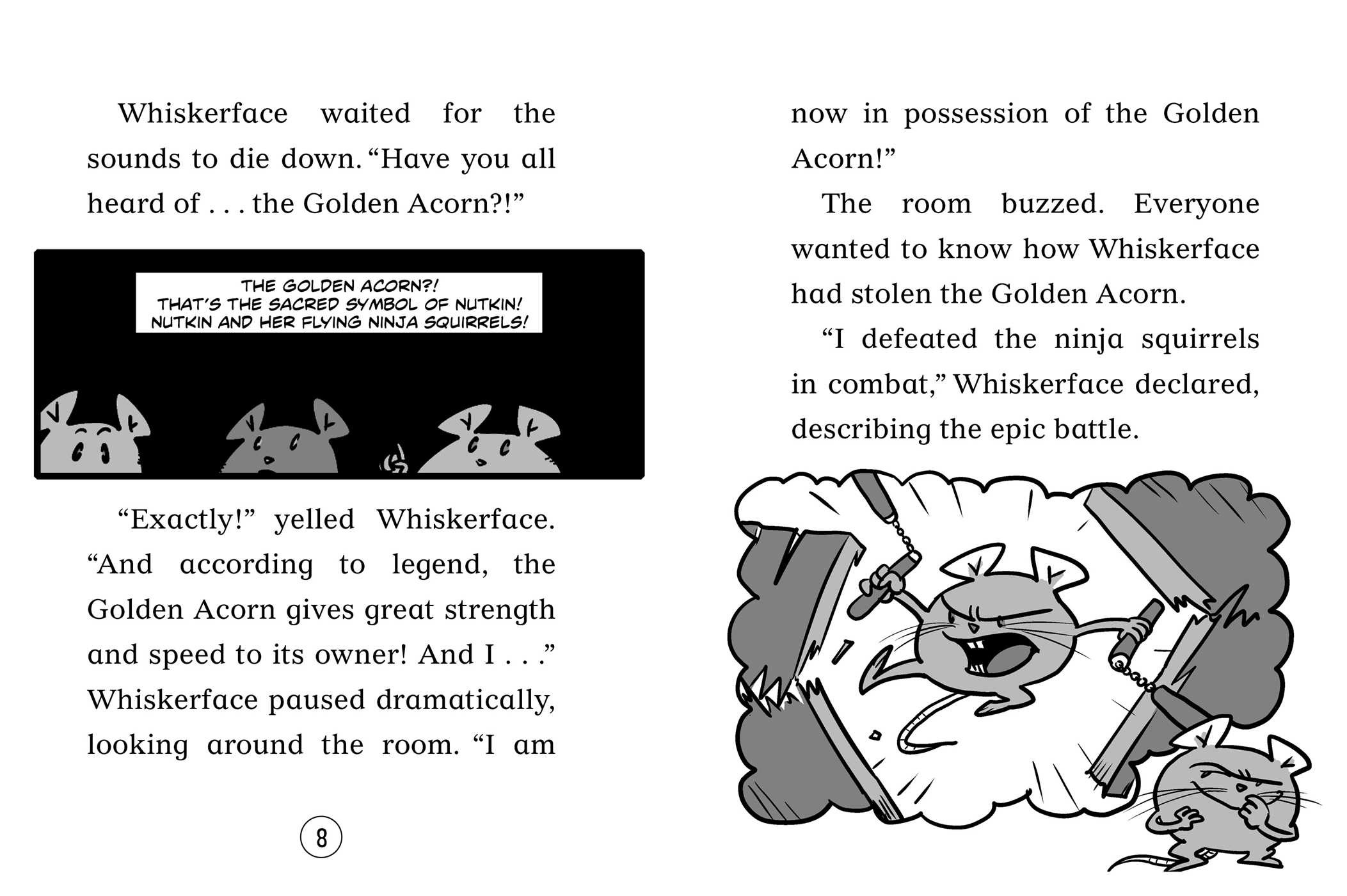 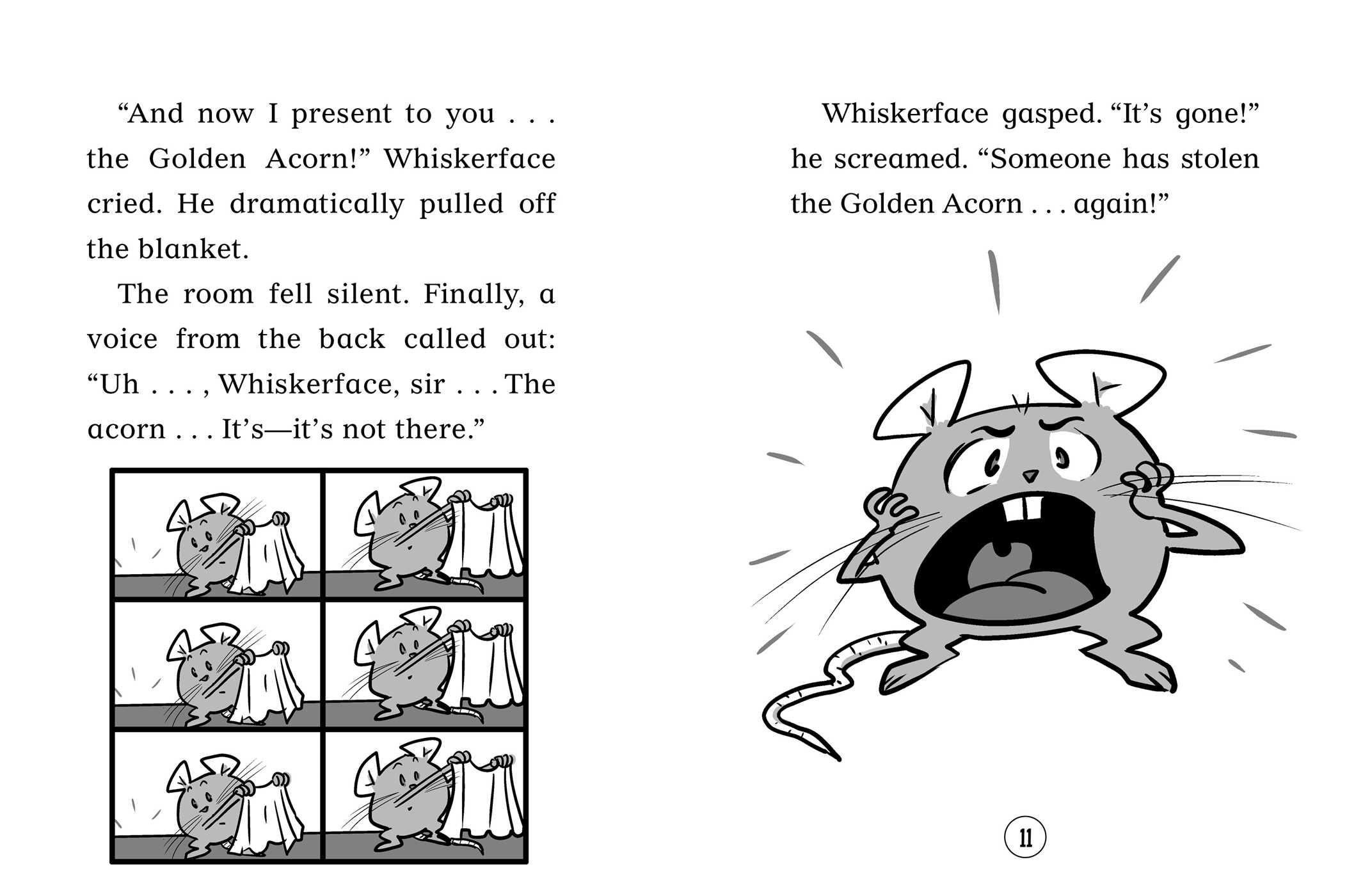 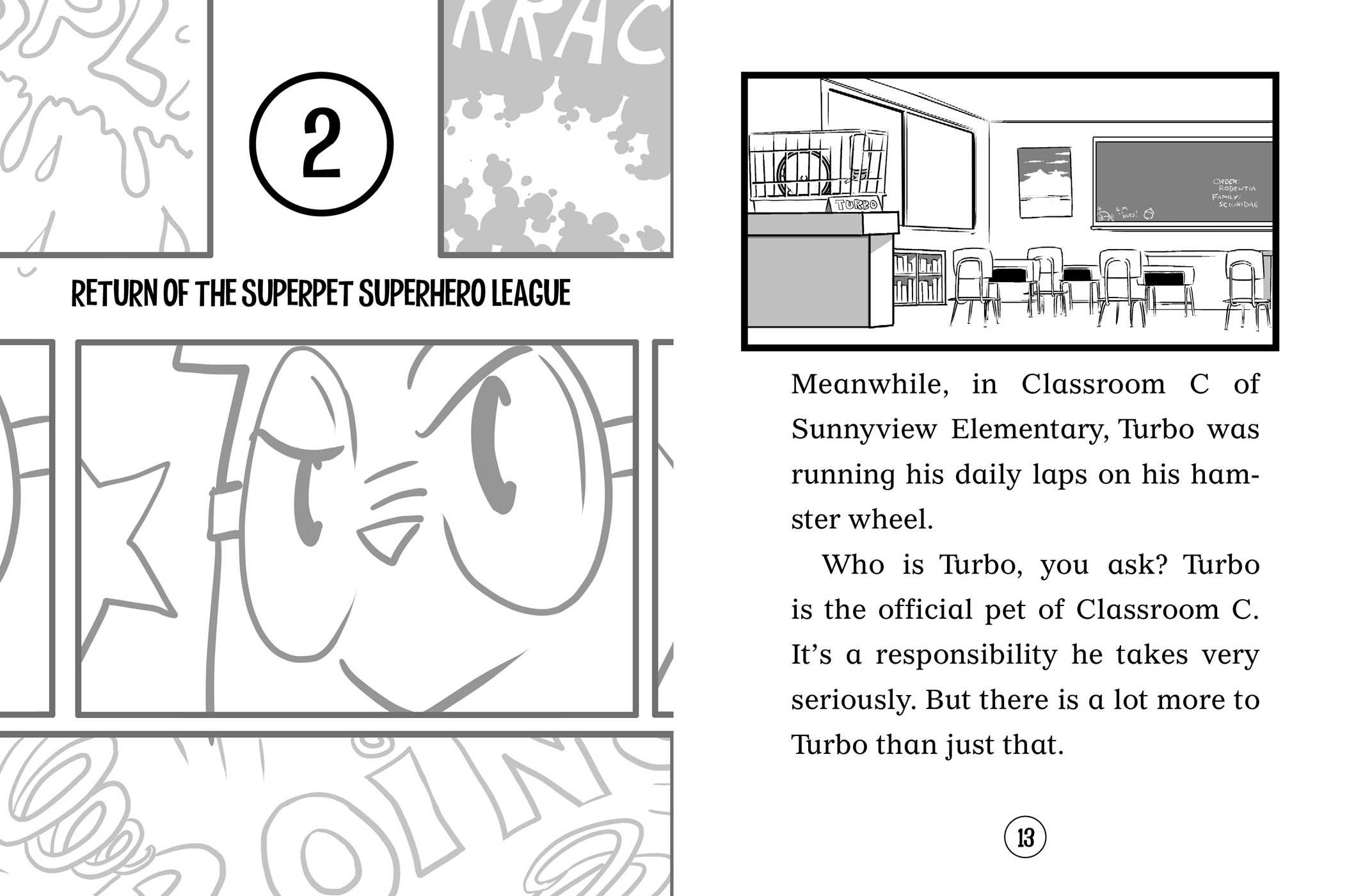 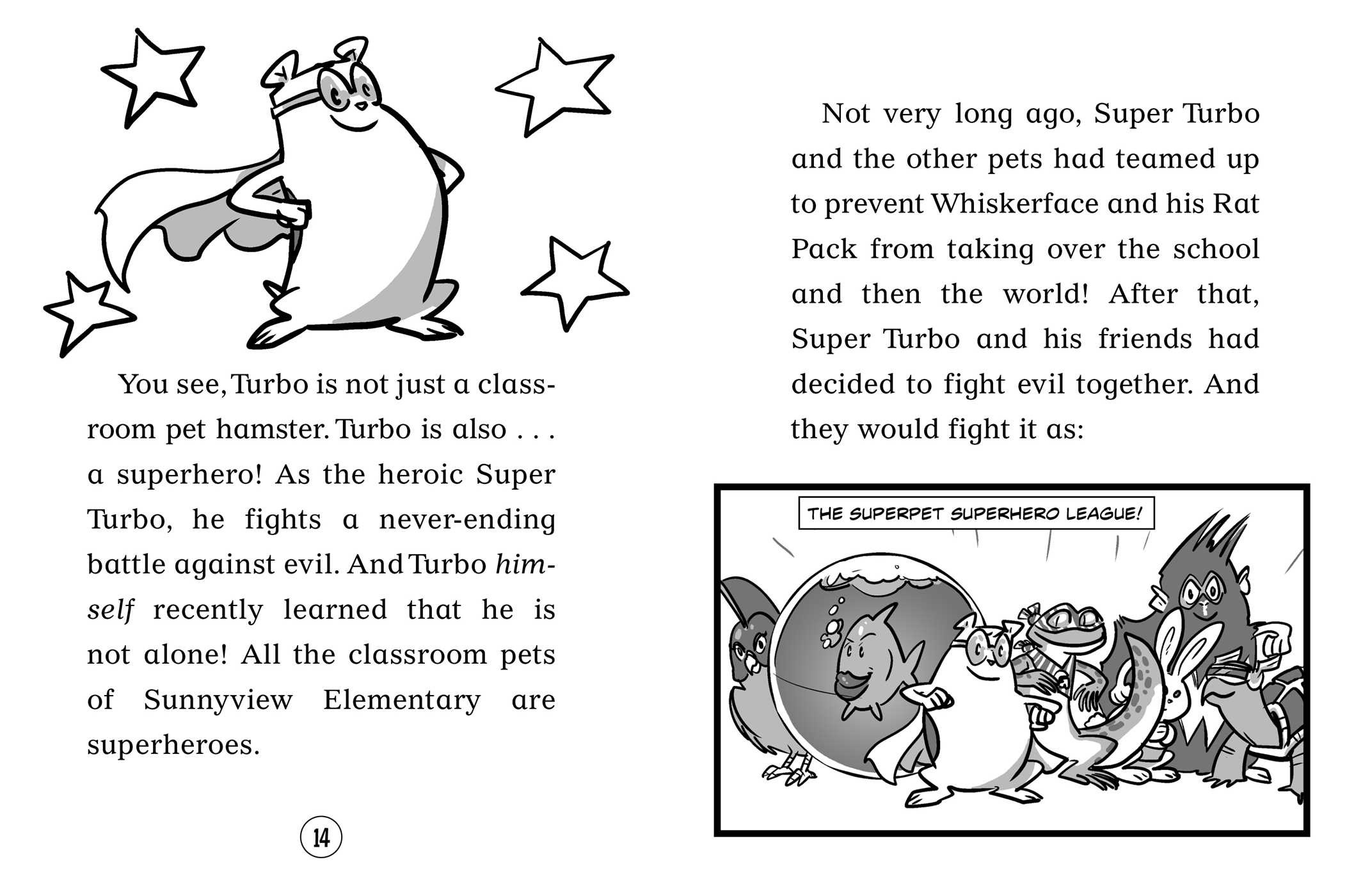 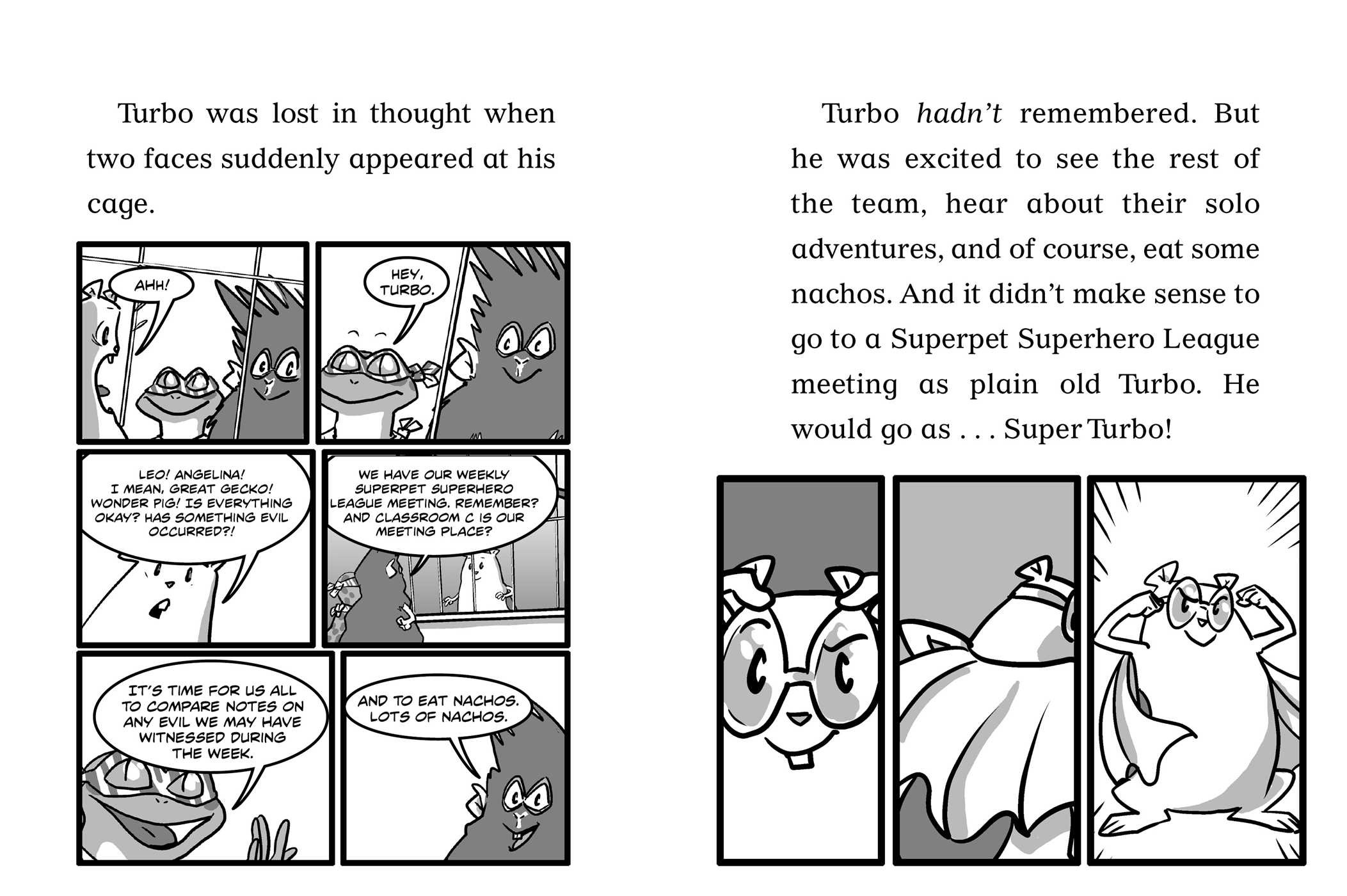 You know Turbo as the crime-fighting hamster from the Captain Awesome books. But ever wonder what actually goes on when the last school bell rings and Turbo is left to his own devices? After all, what do you think your class pets do all day? You think they sleep, eat, and wait for you to play with them? Well, think again, because Turbo isn’t just any hamster. He’s SUPER TURBO and he’s here to fight evil in and out of the classroom! Along with his superpet companions, Turbo battles everyday evils at Sunnyview Elementary, such as flying ninja squirrels, a gang of evil rats, giant Eraser Dude, and more!

In this second book, Turbo and the Superpet Superhero League think they can lay low for a little while since they defeated Whiskerface and his rat pack…but they’re wrong! When something goes flying across Classroom C while Turbo is jogging on his wheel, he speeds up that jog and springs into action. Because it’s not just something flying across his classroom. It’s an evil flying ninja squirrel determined to take over the school with his pals. The Superpet Superhero League must stop them!

With easy-to-read language, illustrations, and comic panels on almost every page, the Super Turbo chapter books are perfect for emerging readers!


Actually, below these walls, in the basement. Specifically, in the pantry. Normally, Sunnyview Elementary was filled with kids and teachers and all the things that make up a school. But it was after hours. Everyone was at home or asleep. And not a creature was stirring, except for a— What is that? A mouse?

“Fellow rats!” cried a small, fuzzy creature with huge ears and long whiskers. He addressed a crowd of other creatures just like him. Although he was a bit smaller than the rest, his whiskers were longer. This is why he was called . . . Whiskerface!

Lee Kirby has the proportionate strength and abilities of a man-sized hamster. He spends his days chewing up cardboard and running in giant plastic bubbles throughout his very own fortress of solitude in Brooklyn, New York. And, no, he is not related to world-famous Captain Awesome author, Stan Kirby. Or is he?