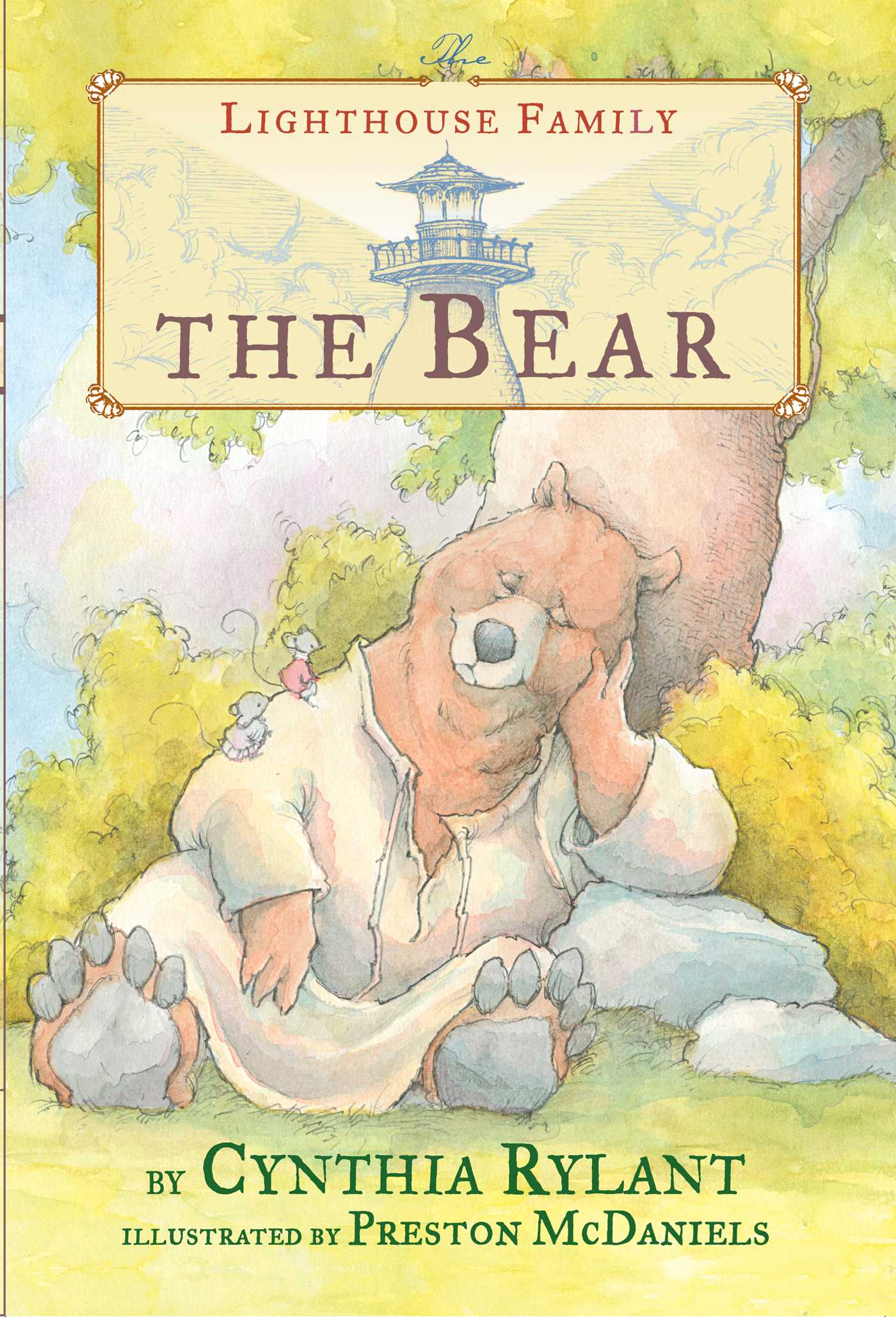 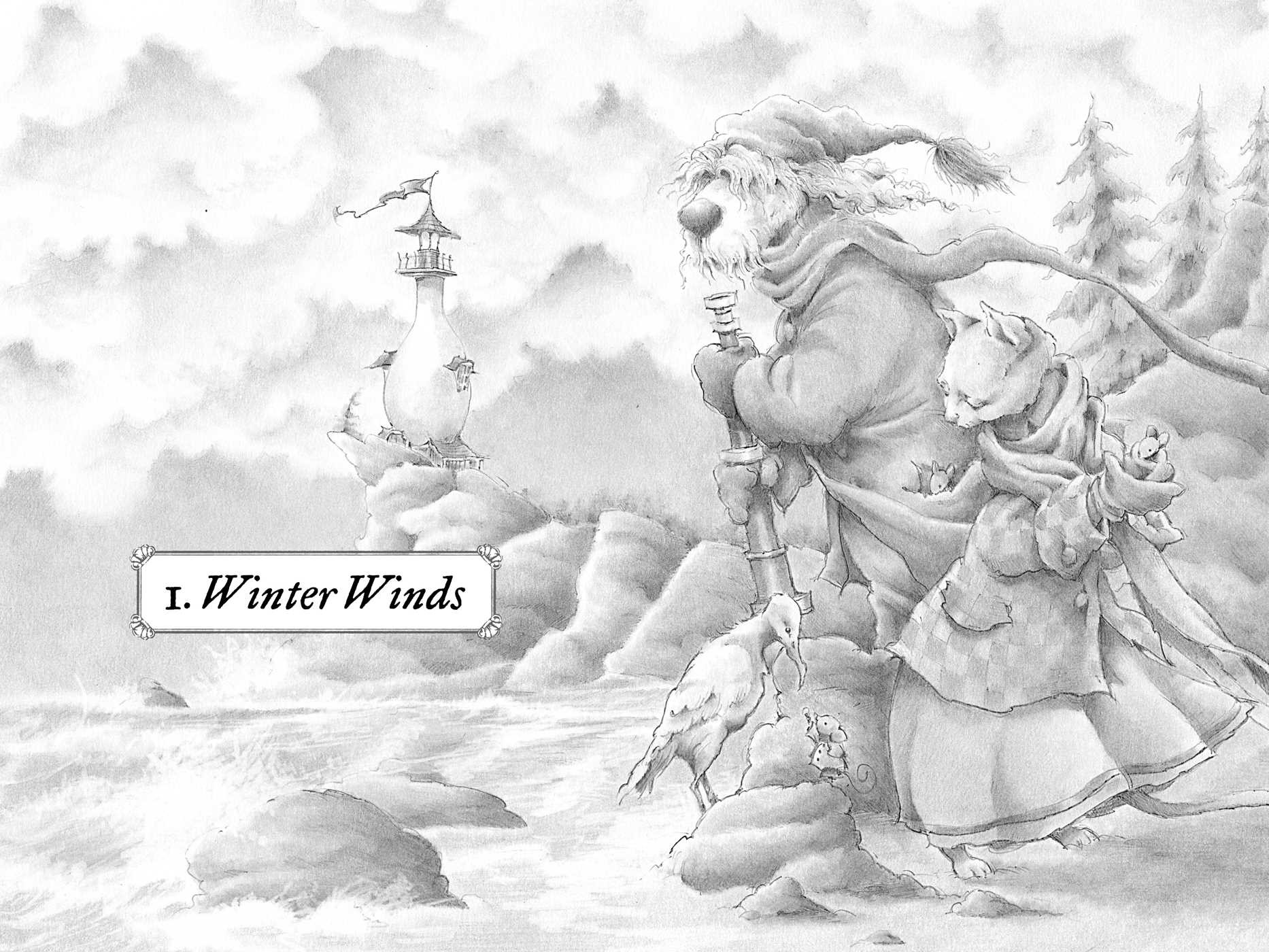 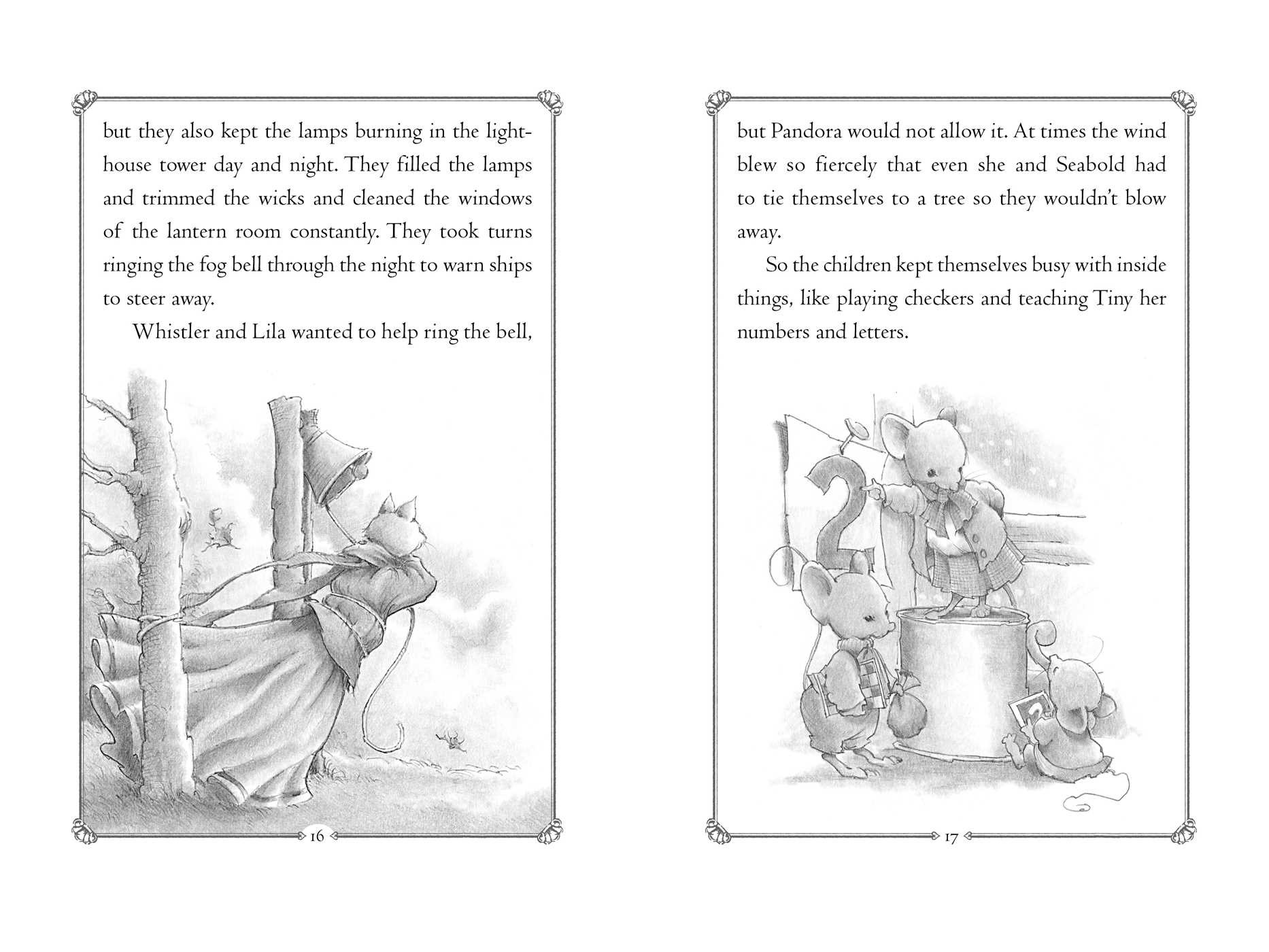 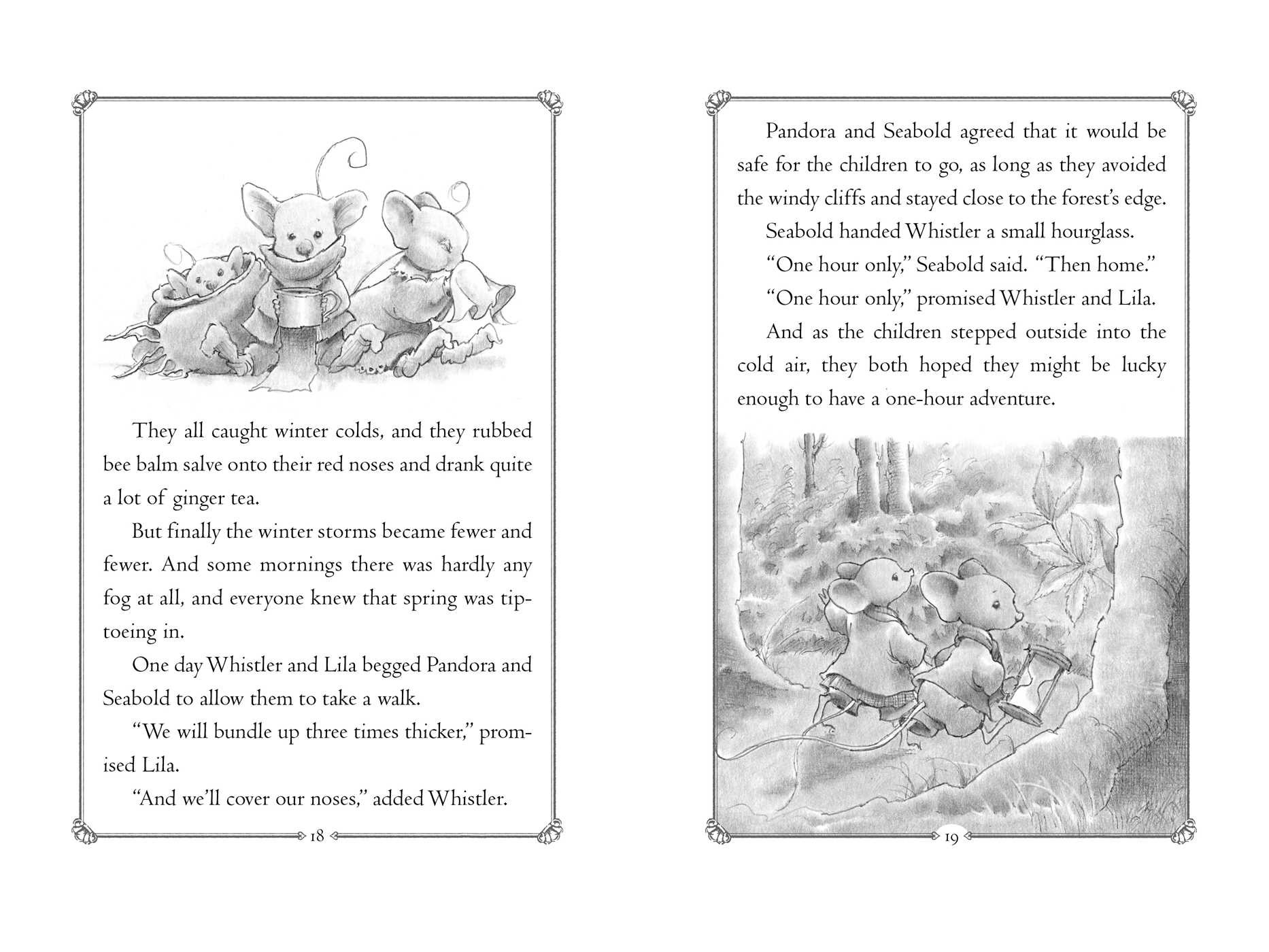 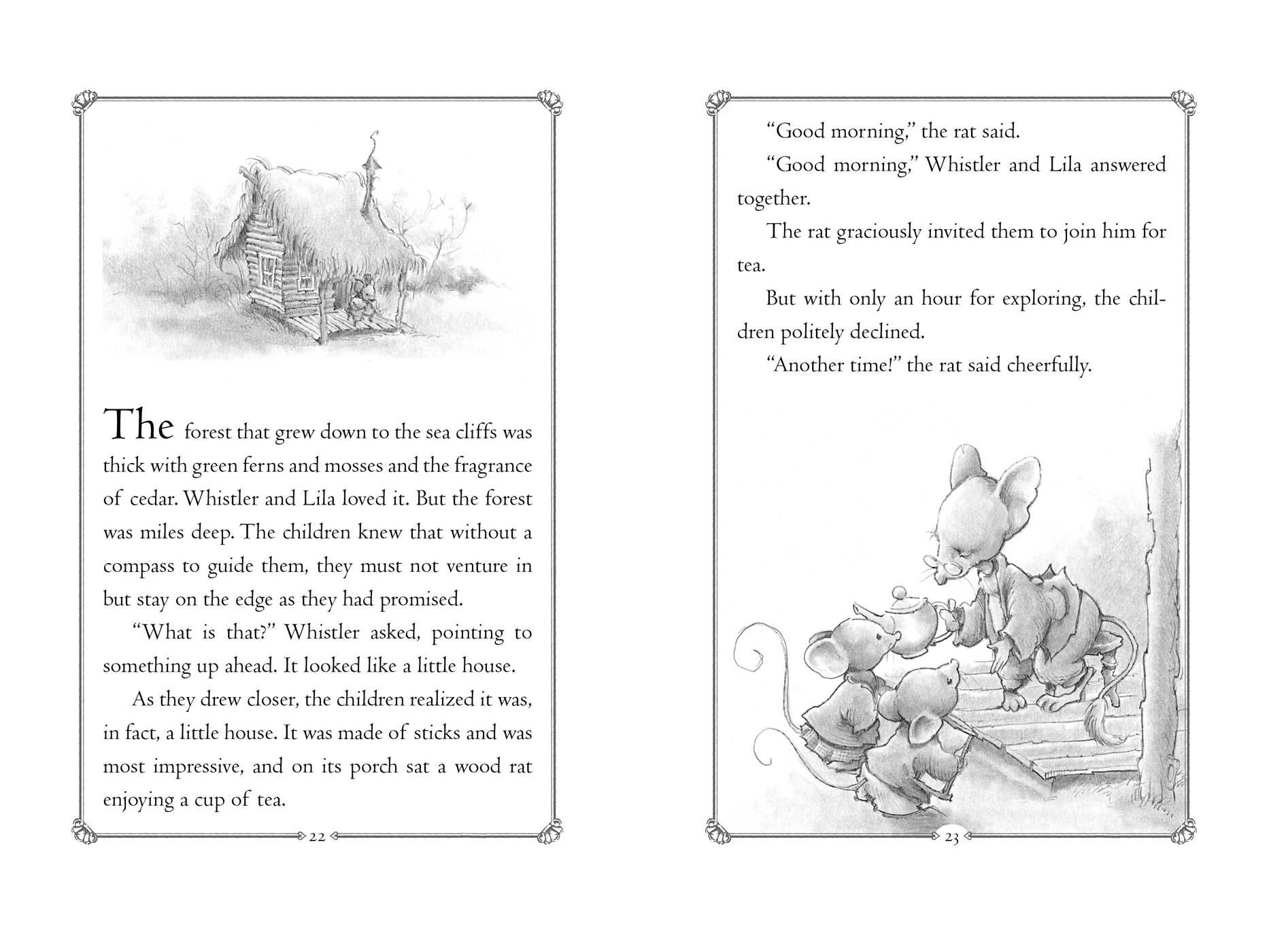 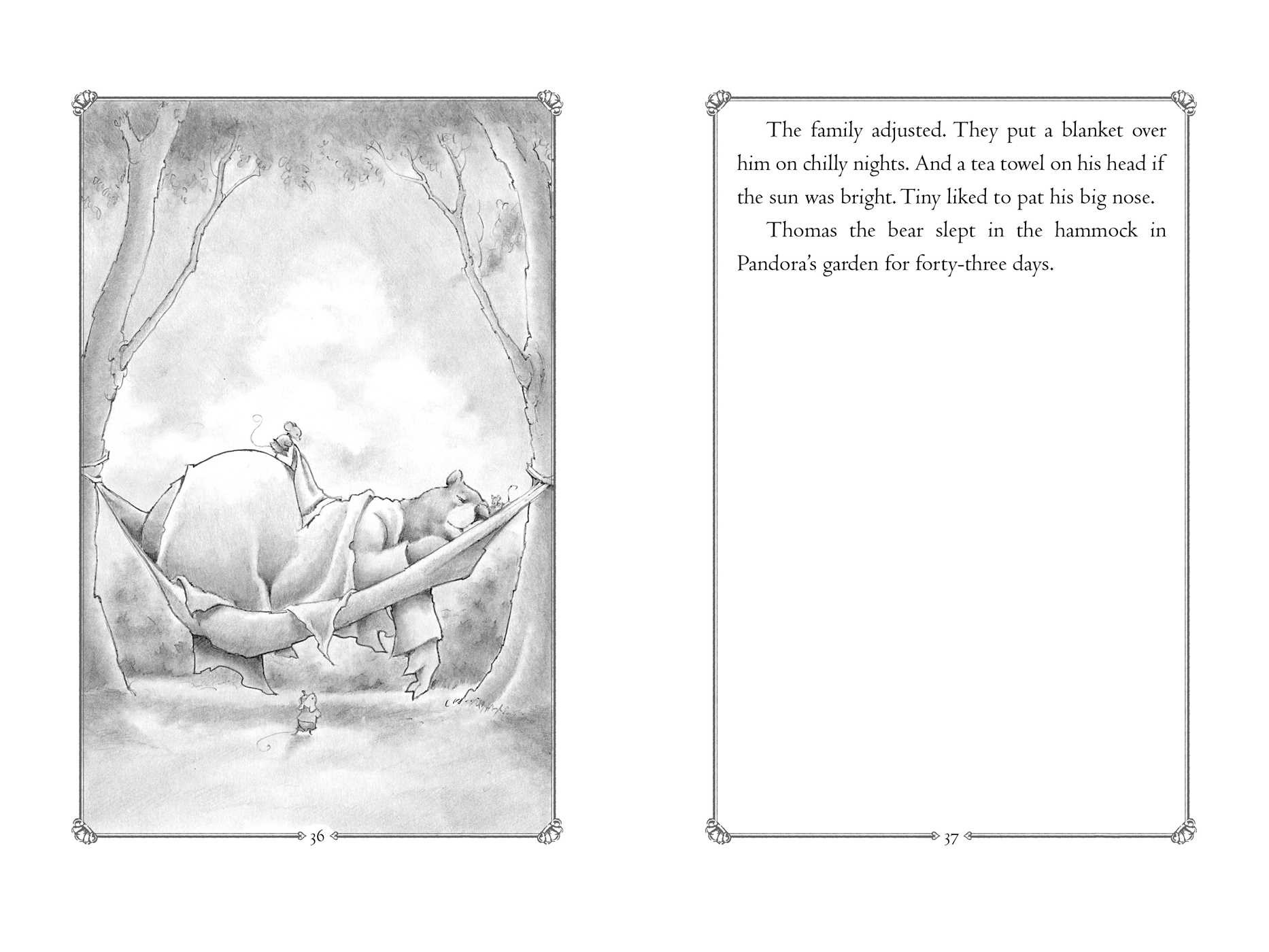 Newbery Medalist Cynthia Rylant brings the peaceful sounds, sights, and characters of the coast vividly to life in the eighth book of the Lighthouse Family series, in which the family meets a bear who has just woken up from hibernation!

After a long winter cooped up in the lighthouse, Whistler and Lila are excited to go outside and explore. In the forest, they see some frosty vapor rising from a hole in the roots of a tree. They investigate and discover that it is a hibernating bear. The mouse children wait patiently for the bear to wake up and when he does, they invite him for breakfast at the lighthouse. But their new friend might not be quite done hibernating…


Lighthouse-keeping can be a very lonely life, and so it was for Pandora the cat for many years. She had steadily kept the lights burning to warn the sailing ships away from the rocks at the edge of the shore. But Pandora wished, every day, for some company.

Then one day company arrived. A great storm blew a battered little boat named Adventure onto shore. And along with this little boat came its sailor, also battered by the sea. His name was Seabold.

Pandora brought Seabold into her cottage next to the lighthouse, and she set right away to tending his broken leg and strengthening him with stew.

In time Seabold was completely well again, and he knew that he must set sail. His life had always been the sea.

But before Seabold sailed away, a different kind of company altogether arrived at the lighthouse, changing everything.

They were Whistler, Lila, and Tiny, three orphaned children drifting helplessly in a crate at sea when Pandora and Seabold found them. The children were quite lost and very hungry.

Pandora and Seabold took care of these children, and because he grew so deeply fond of them, Seabold realized he could not sail away at all.

And together they all became the lighthouse family.

Summer was fun and fall was beautiful, but winter at the lighthouse was challenging.

The sky and the sea were always gray and the winter gales blew endlessly. Lighthouse-keeping became very hard work. Pandora and Seabold not only kept a fire going in the kitchen day and night, but they also kept the lamps burning in the lighthouse tower day and night. They filled the lamps and trimmed the wicks and cleaned the windows of the lantern room constantly. They took turns ringing the fog bell through the night to warn ships to steer away.

Whistler and Lila wanted to help ring the bell, but Pandora would not allow it. At times the wind blew so fiercely that even she and Seabold had to tie themselves to a tree so they wouldn’t blow away.

So the children kept themselves busy with inside things, like playing checkers and teaching Tiny her numbers and letters.

They all caught winter colds, and they rubbed bee balm salve onto their red noses and drank quite a lot of ginger tea.

But finally the winter storms became fewer and fewer. And some mornings there was hardly any fog at all, and everyone knew that spring was tip- toeing in.

One day Whistler and Lila begged Pandora and Seabold to allow them to take a walk.

“We will bundle up three times thicker,” promised Lila.

Pandora and Seabold agreed that it would be safe for the children to go, as long as they avoided the windy cliffs and stayed close to the forest’s edge.

“One hour only,” promised Whistler and Lila.

And as the children stepped outside into the cold air, they both hoped they might be lucky enough to have a one-hour adventure.

Cynthia Rylant is the author of more than 100 books for young people, including the beloved Henry and Mudge, Annie and Snowball, Brownie & Pearl, Motor Mouse, and Mr. Putter & Tabby series. Her novel Missing May received the Newbery Medal. She lives in Lake Oswego, Oregon.

Preston McDaniels is the illustrator of the Phineas L. MacGuire series and Cynthia Rylant’s Lighthouse Family series. He lives in Aurora, Nebraska, with his wife and two daughters.