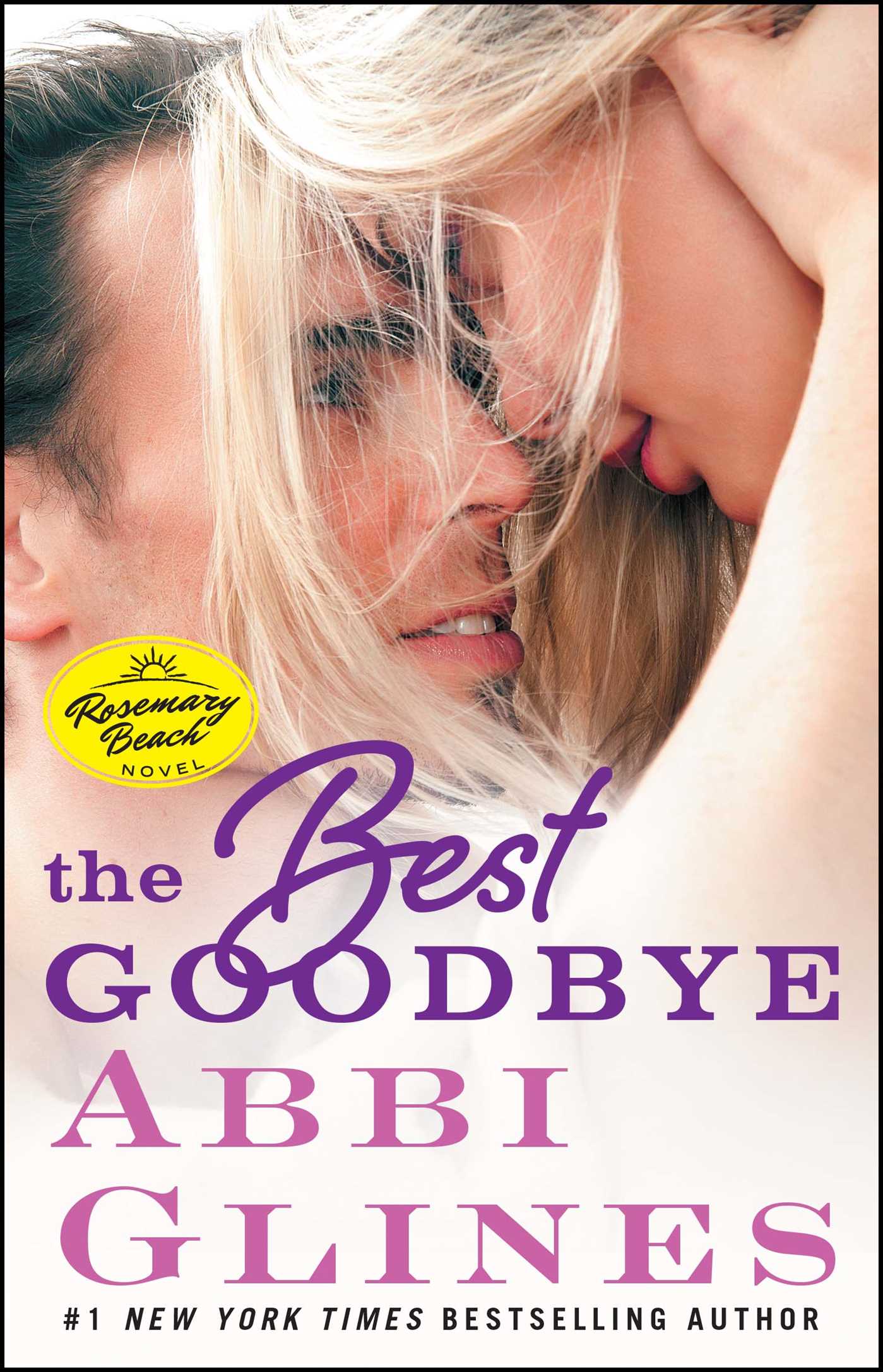 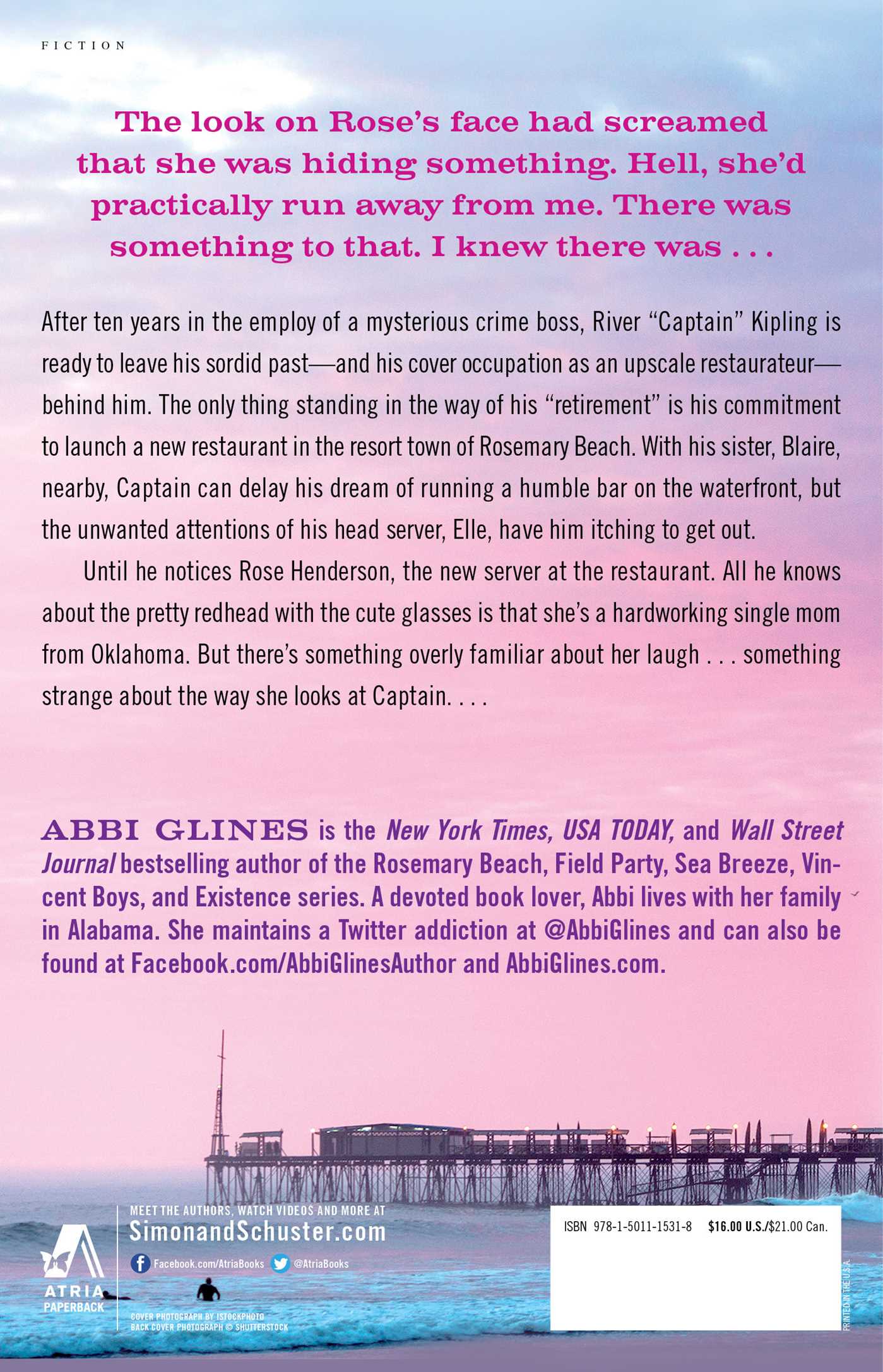 The look on Rose’s face had screamed that she was hiding something. Hell, she’d practically run away from me. There was something to that. I knew there was...

After ten years in the employ of a mysterious crime boss, River “Captain” Kipling is ready to leave his sordid past—and his cover occupation as an upscale restaurateur—behind him. The only thing standing in the way of his “retirement” is his commitment to launch a new restaurant in the resort town of Rosemary Beach. With his sister, Blaire, nearby, Captain can delay his dream of running a humble bar on the waterfront, but the unwanted attentions of his head server, Elle, have him itching to get out.

Until he notices Rose Henderson, the new server at the restaurant. All he knows about the pretty redhead with the cute glasses is that she’s a hardworking single mom from Oklahoma. But there’s something overly familiar about her laugh...something strange about the way she looks at Captain...

The Best Goodbye Rose
Being short sucks. There was never a time in my life when I thought, Gee, being short is awesome. Not once. I could never reach things in high-up places. Which was what was happening now. I’d been sent by Elle to unpack the glasses and line them up on the shelves behind the bar, but I was struggling more than I cared to admit.

I wasn’t a fan of the head server. She was gorgeous and mean, not to mention tall. She had no idea how hard it was for someone who was only five foot four to balance on a bar stool on her tiptoes with her hands full of glasses. Or maybe she did know, and she was doing this just to be cruel.

Leaning forward, I slipped another glass safely into one of the slots built into the wall for just this purpose. The stool wobbled, and I stilled, holding my breath. Easing back slowly, I managed to keep my balance. Only two more boxes to unpack, I thought, wishing that each box didn’t hold ten glasses.

“You break those glasses, and the cost comes out of your paycheck. I don’t have room in the budget for broken inventory,” a deep voice drawled behind me. I knew that voice. I didn’t hear it often, but when I did, it was usually annoyed with me.

Once, it hadn’t been that way. Once, that voice had eased my fears, protected me, and given me a safe place to go. Now all I got were cold, detached words from him. I kept thinking the pain would ease up eventually. But it never did.

Time had changed both of us. Instead of loving him until I was breathless, I just wanted to slap his handsome face and leave town.

“Get down, Rose,” River ordered harshly. “Go do something useful. I’ll get someone who can manage this.”

At least he remembered my name this time. Last week, he had referred to me as Rachel, Daisy, and Rhonda on three separate occasions. My constant corrections must have stuck. I got that the man had a restaurant full of new employees, and the stress of the grand opening in just two weeks’ time was weighing on him. But still. The boy I once knew had been kind, thoughtful, and a hero. My hero.

At some point over the past ten years, River had changed his name to Captain and had become hard. Untouchable. Even his girlfriend, the oh-so-nice Elle, didn’t seem to have access to a softer side of River. The side I’d once known best. No one had that. I didn’t believe it existed anymore.

“Elle told me to put the glasses away,” I said, jumping down from the stool and standing up as straight as I could. River was well over six foot two now, and he’d always towered over me. Even when we were sixteen.

He didn’t comment on that. Instead, he nodded toward the kitchen. “Brad needs help with the cooking supplies that just came in. Go help him. I’ll find someone who isn’t vertically challenged to finish this.”

My face flushed hot from embarrassment. It wasn’t like I’d messed up or broken anything. I had done just fine. I was doing the job slowly, but I was getting it done.

“I’m fine. My height isn’t affecting my ability to do this job, if that’s what you mean,” I snapped at him.

He didn’t even glance back at me as he sauntered toward the door. “We open in two weeks. I’d like the glasses to be up by then.” He walked out.

“Jerk,” I muttered. I had a good mind to finish putting those glasses up myself anyway. But with my luck, I’d end up breaking an entire box of them. I couldn’t afford to lose this job. I had packed up my life and come down to Rosemary Beach, Florida, once I found out that this was where I could find River. I hadn’t thought past that. I had searched for him for years with no luck.

This lead had been the first real one I’d had. So I’d taken it. Getting this job had been easier than I thought, and I needed it. This town wasn’t big, and it was hard to find employment. The house I’d found for rent was just outside the town limits—and it was tiny—but it was safe and affordable. That was all we needed.

We were living in the guest house of one of the massive beach homes that lined the shore. The only resident in the main house was an elderly lady, Diana Baylor, who seemed thrilled to have us right outside her back door. It was a good fit for all of us.

Without this job, I would have no reason to get close to River. And I had a mission. One I was no longer so sure of. I had to remind myself that I wasn’t doing this for me. My needs and desires had taken a backseat nine years ago when Ann Frances had entered the world and become my reason for living.

The day Franny had turned five, she’d asked for one thing: to meet her father. Every year since then, that was all she ever asked for, on her birthday and on Christmas Day, without fail. She wanted to know her dad like her friends knew theirs. I’d made excuses and tried to compensate for the fact that she only had me. But then I had begun looking for the boy I had loved so much, then one I’d sacrificed everything for to keep him safe.

Looking back, I wondered if my sacrifice was a mistake. Franny’s plea to meet her father made me feel I’d failed her while trying to save River. But I’d been a kid myself then, with choices to make that affected the only people in the world I loved.

“Are you going to finish the job I gave you or stand there and do nothing?” Elle’s voice snapped me out of my thoughts. Her long dark hair was draped over her shoulders, and those catlike green eyes of hers glared at me. I wasn’t sure why she had decided to hate me, but she had.

“Captain told me to stop and help Brad in the kitchen,” I replied, trying not to let my dislike for her lace through my tone. If she complained to River, I was sure he’d fire me.

Elle was one of the biggest obstacles to my plan. I didn’t want anyone so vicious in Franny’s world. As much as my daughter wanted to know her father, I had to decide if that man was worthy of Franny. Sadly, I’d found after two weeks of working for him that he wasn’t exactly measuring up. I wasn’t sure I would ever be able to fulfill my daughter’s one request.

“Fine. Then go. You’re wasting time. We have things to do,” she ordered, pointing toward the kitchen as if I didn’t know where it was.

With a sharp nod, I headed that way. No reason to stay in her presence any longer than necessary.

Abbi Glines is the New York Times, USA TODAY, and Wall Street Journal bestselling author of the Rosemary Beach, Field Party, Sea Breeze, Vincent Boys, and Existence series. A devoted book lover, Abbi lives with her family in Alabama. She maintains a Twitter addiction at @AbbiGlines and can also be found at Facebook.com/AbbiGlinesAuthor and AbbiGlinesBooks.com.

SEE ALL
See more by Abbi Glines
Thank you for signing up, fellow book lover!