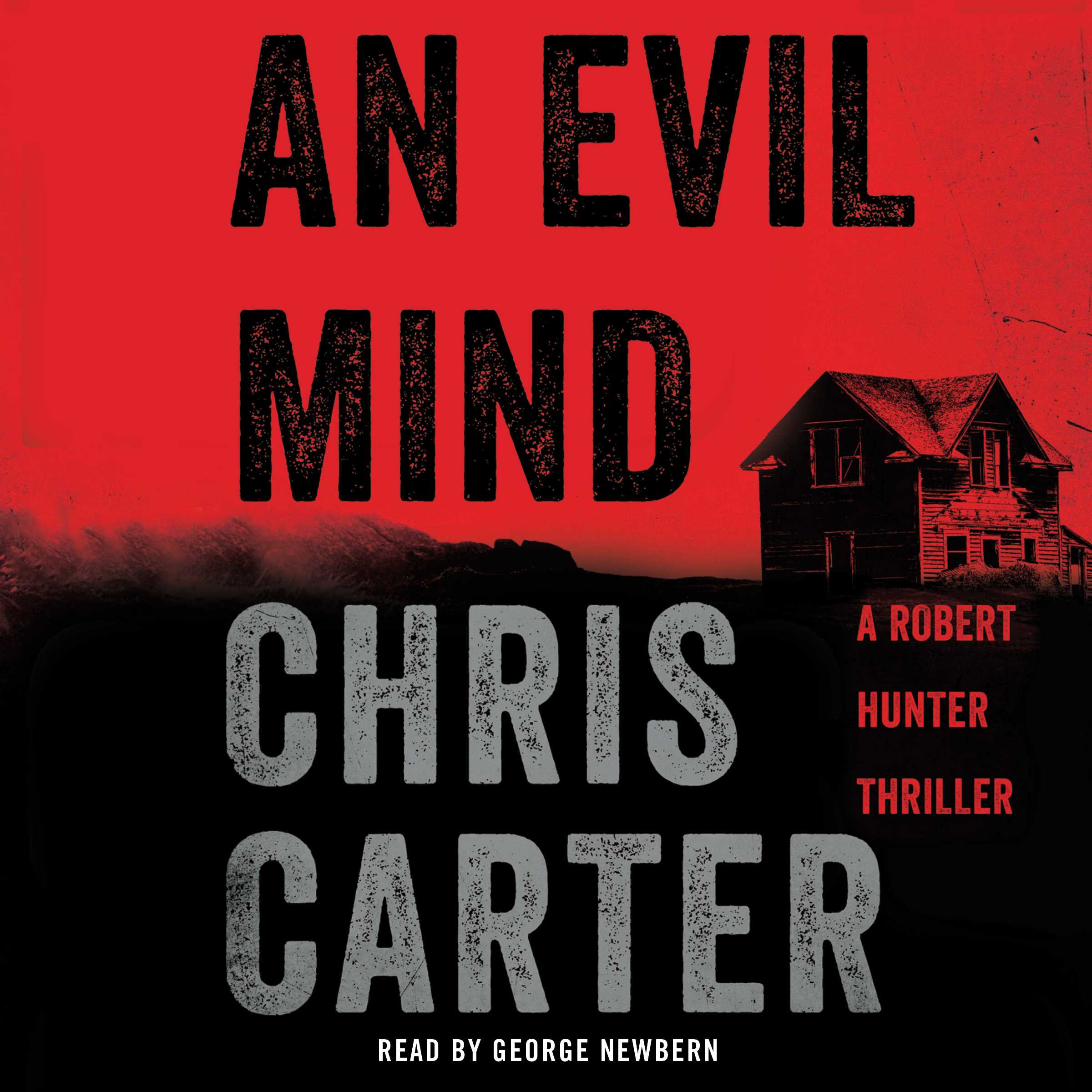 A prolific and ingenious serial killer is unmasked by a Los Angeles detective with a dark past of his own in this “roller coaster ride that will leave you breathless” by Top 10 Sunday Times (UK) bestselling author Chris Carter.

A freak accident in rural Wyoming leads the sheriff’s department to arrest a man for a possible double homicide, but further investigations suggest a much more horrifying discovery: a serial killer who has been kidnapping, torturing, and mutilating victims all over the United States for at least twenty-five years.

The suspect claims he is a pawn in a huge labyrinth of lies and deception—but can he be believed?

The case is immediately handed over to the FBI, but this time they’re forced to ask for help from ex-criminal behavior psychologist and lead detective with the Ultra Violent Crime Unit of the LAPD, Robert Hunter. As he begins interviewing the apprehended suspect, terrifying secrets are revealed, including the real identity of a killer so elusive that no one, not even the FBI, had any idea he existed…until now.

This dramatic and suspense-laden thriller, perfect for fans of Thomas Harris’s classic The Silence of the Lambs, has “twists and turns and cliff-hangers abound” (Booklist) and will keep you guessing until the very last page.

An Evil Mind 1
Morning, Sheriff. Morning, Bobby,” the plump, brunette waitress with a small heart tattoo on her left wrist called from behind the counter. She didn’t have to check the clock hanging on the wall to her right. She knew it would be just past 6:00 a.m.

Every Wednesday, without fail, Sheriff Walton and his deputy Bobby Dale came into the unassuming truck stop, just outside Wheatland in southeastern Wyoming, to get their pie fix. Rumor had it that Nora’s Diner baked the best pies in the state, a different original recipe for every day of the week. Wednesday was apple and cinnamon, Sheriff Walton’s favorite. He was well aware that the first batch always came out of the oven at 6:00 sharp, and you just couldn’t beat the taste of a freshly baked slice.

“Morning, Beth,” Bobby replied, brushing rainwater off his coat and trousers. “I’ll tell you, the floodgates of hell have opened out there,” he added.

Summer downpours in southeastern Wyoming were common occurrences, but this morning’s storm was the heaviest they’d seen all season.

“Morning, Beth,” Sheriff Walton followed, taking off his hat, drying his face and forehead with a handkerchief, and quickly looking around the diner. At that time in the morning, and with such torrential rain outside, the place was a lot less busy than usual. Only three out of its fifteen tables were taken.

It was easy to match each table’s occupants to their vehicles parked outside. The couple in their midtwenties having a pancake breakfast probably drove the beat-up silver VW Golf; the obese, shaved-headed man and the tall, gray-haired guy by the window pensively toying with his cigarettes would’ve driven in the eighteen-wheelers, while the dark-blue Taurus to the diner’s side had to belong to the stylish, well-groomed forty-something flipping through the morning’s newspaper.

“Just in time,” Beth said, winking at the sheriff. “They are just out of the oven. As if you didn’t know.”

The sweet smell of freshly baked apple pie had already engulfed the place.

Sheriff Walton smiled. “We’ll have our usual, Beth,” he said, taking a seat at the counter.

“Coming right up,” Beth replied before disappearing into the kitchen. Seconds later she returned with two steaming, extra-large slices of pie, drizzled with honey cream. They looked like perfection on a plate.

“Umm . . .” the well-dressed man sitting at the far end of the counter said, tentatively raising a finger like a kid asking his teacher’s permission to speak. “Is there any more of that left?”

“There sure is,” Beth replied, smiling back at him.

“In that case, can I also have a slice, please?”

“Yeah, me too,” the large truck driver called out from his table, lifting his hand. He was already licking his lips.

“And me,” the horseshoe mustache man said, returning the cigarette pack to his jacket pocket. “That pie smells darn good.”

“Good doesn’t even come close,” Sheriff Walton said, turning to face the tables. “Y’all are just about to be taken to pie heaven.” Suddenly his eyes widened in surprise. “Holy shit,” he breathed, jumping out of his seat.

Bobby Dale swung his body around fast to track the sheriff’s stare. The large window just behind where the young couple was sitting framed the headlights of a pickup truck coming straight at them—and fast. The car seemed completely out of control.

“What the hell?” Bobby rose to his feet as everyone in the diner turned to face the window. The shocked look on their faces was uniform. The truck was headed toward them like a guided missile, and it was showing no signs of diverting or slowing down. They had two, maybe three seconds before impact.

“EVERYBODY TAKE COVER!” Sheriff Walton yelled. At that speed, that pickup truck would crash through the front of Nora’s diner and not stop until it reached the kitchen at the back, destroying everything in its path.

Desperate screams and scrambling took over the restaurant floor. They all knew they didn’t have enough time to get out of the way.

The deafening noise sounded like an explosion, making the ground shake under everyone’s feet.

Sheriff Walton was the first to look up. It took him a few seconds to realize that somehow the car hadn’t crashed through the building at all.

Confusion replaced the frown on his face.

“Is everyone all right?” the sheriff called out, frantically looking around.

“Yeah” was returned from all corners of the room.

The sheriff and his deputy rushed outside, checking their weapons as they ran. Everyone else followed just a heartbeat later. The rain had definitely gotten heavier in the past few minutes, now pouring in thick sheets that severely reduced visibility.

Out of sheer luck, the pickup truck had hit a deep pothole on the ground just a few yards from the front of the diner and had drastically veered left, missing the restaurant by just a couple of feet. As it detoured, it clipped the back of the dark-blue Ford Taurus before smashing headfirst into a side building that housed two bathrooms and a storage room, completely destroying it. Thankfully, there had been no one inside, as Walton gathered from Beth’s relieved exclamations.

“Holy shit!” Sheriff Walton coughed the words out, feeling his heart race inside his chest. The collision had turned the pickup truck into a mangled wreck, and the outside building into a demolition site.

Skipping over the debris, the sheriff was the first to get to the truck. The driver was its only occupant—a gray-haired man who looked to be somewhere in his late fifties, but it was hard to be sure. Sheriff Walton didn’t recognize him, and he was certain he’d never seen that pickup truck around Wheatland before. It was an old and rusty early 1990s Chevy 1500, and though the driver had been wearing his seat belt, the impact had been way too violent for a truck like this with no air bags. The front of the truck, together with its engine, had caved backward and into the driver’s cabin. The dashboard and steering wheel had crushed the driver’s chest against his seat. His face was covered in blood, torn apart by shards of glass from the windshield. One had sliced through the man’s throat.

“Goddammit!” Sheriff Walton said through clenched teeth, standing by the driver’s door. He didn’t have to feel for a pulse to know that the man hadn’t survived.

“Oh my God!” he heard Beth say in a trembling voice from just a few feet behind him. He immediately turned to face her, lifting his hands in a stop motion.

“Beth, do not come over here,” he commanded her. “Go back inside and stay there.” His stare moved to the rest of the diner patrons, who were coming toward the truck fast. “All of you, go back into the diner. That’s an order. This whole area is now out-of-bounds, y’all hear?”

Everybody stopped, but no one turned back.

The sheriff’s eyes searched for his deputy, and found Bobby standing behind the small crowd, back in the parking lot. The look on his face was a mixture of shock and fear.

“Bobby,” Sheriff Walton called. “Call for an ambulance and the fire department NOW.”

“Bobby, snap out of it, goddammit. Did you hear what I said? I need you to get the radio and call for an ambulance and the fire department right now.”

Bobby stood still. He looked like he was about to be sick. Only then did the sheriff realize that Bobby wasn’t even looking at him or at the mangled pickup truck. His eyes were locked on the Taurus. Before crashing into the bathroom building, the truck had clipped the left side of the Taurus’s rear end hard enough to release its trunk door.

All of a sudden, Bobby broke out of his trance and reached for his gun.

“No one move,” he yelled out. His shaky aim jumped from person to person. “Sheriff,” he called in an unsteady voice. “You better come have a look at this.” 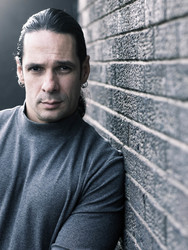 Chris Carter is a top bestselling author in the United Kingdom, whose books include An Evil Mind, One By One, The Death Sculptor, The Night Stalker, The Executioner, and The Crucifix Killer. He worked as a criminal psychologist for several years before moving to Los Angeles, where he swapped the suits and briefcases for ripped jeans, bandanas, and an electric guitar. He is now a full-time writer living in London. Find out more on at ChrisCarterBooks.com.

SEE ALL
See more by George Newbern
Thank you for signing up, fellow book lover!