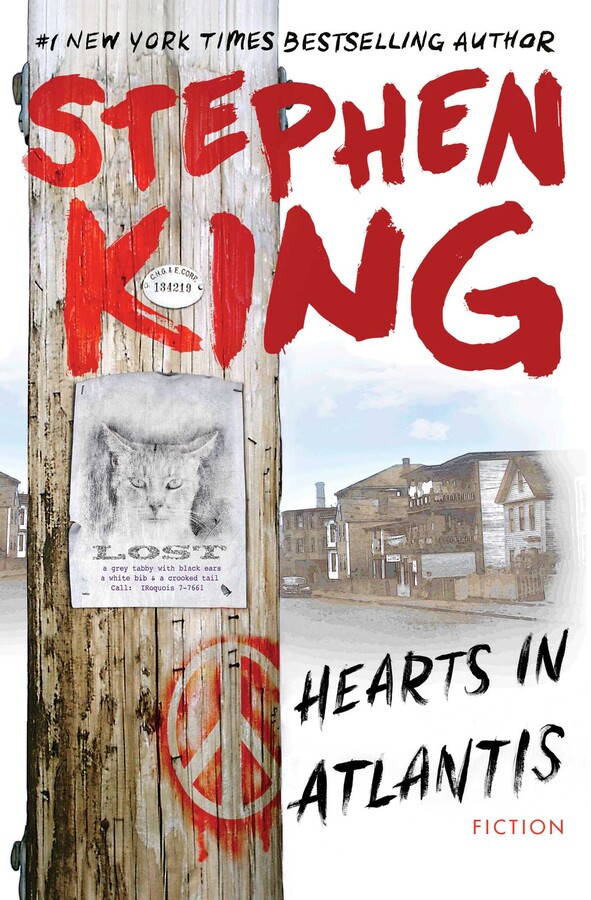 By Stephen King
LIST PRICE $11.99
PRICE MAY VARY BY RETAILER

Innocence, experience, truth, deceit, loss, and recovery are at the core of these five interconnected, sequential tales—each deeply rooted in the 1960s, and each scarred by the Vietnam War, which continues to cast its shadow over American lives, politics and culture.

In Part One, “Low Men in Yellow Coats,” eleven-year-old Bobby Garfield discovers a world of predatory malice in his own neighborhood. He also discovers that adults are sometimes not rescuers but at the heart of the terror.

In the title story, a bunch of college kids get hooked on a card game, discover the possibility of protest, and confront their own collective heart of darkness, where laughter may be no more than the thinly disguised cry of the beast.

In “Blind Willie” and “Why We’re in Vietnam,” two men who grew up with Bobby in suburban Connecticut try to fill the emptiness of the post-Vietnam era in an America which sometimes seems as hollow—and as haunted—as their own lives.

And in “Heavenly Shades of Night Are Falling,” this remarkable book’s denouement, Bobby returns to his hometown where one final secret, the hope of redemption, and his heart’s desire may await him.

“You will see Stephen King in a new light. Read this moving, heartfelt tragedy and weep—weep for our lost conscience.” —BookPage

Stephen King is the author of more than sixty books, all of them worldwide bestsellers. His recent work includes If It Bleeds, The Institute, Elevation, The Outsider, Sleeping Beauties (cowritten with his son Owen King), and the Bill Hodges trilogy: End of Watch, Finders Keepers, and Mr. Mercedes (an Edgar Award winner for Best Novel and an AT&T Audience Network original television series). His novel 11/22/63 was named a top ten book of 2011 by The New York Times Book Review and won the Los Angeles Times Book Prize for Mystery/Thriller. His epic works The Dark Tower, It, Pet Sematary, and Doctor Sleep are the basis for major motion pictures, with It now the highest-grossing horror film of all time. He is the recipient of the 2020 Audio Publishers Association Lifetime Achievement Award, the 2018 PEN America Literary Service Award, the 2014 National Medal of Arts, and the 2003 National Book Foundation Medal for Distinguished Contribution to American Letters. He lives in Bangor, Maine, with his wife, novelist Tabitha King.

"King is as sharp and versatile as ever." -- Erica Noonan, Boston Globe

"King continues to be dedicated to giving his readers a luxuriant experience, the basic pleasure of getting lost in a book." -- Charles Taylor, New York Times Book Review

"King lets the reader put the book down at night after one story, knowing another horrific treat awaits the next day." -- Amanda St. Amand, St. Louis Post Dispatch

"King is as sharp and disgusting as ever... Haunting." -- People magazine

"King reminds us again of his power to unhinge with a single line or image. A master of the storytelling craft, he gets his ghastly fingernails right beneath the skin." -- John Marks, Salon.com

"In these 13 newly collected stories, we see a master craftsman at the top of his game and clearly enjoying himself.... Each story is a treat not just for King fans but for any fan of good fiction." -- Salem Macknee, Charlotte Observer

By Stephen King
LIST PRICE $11.99
PRICE MAY VARY BY RETAILER