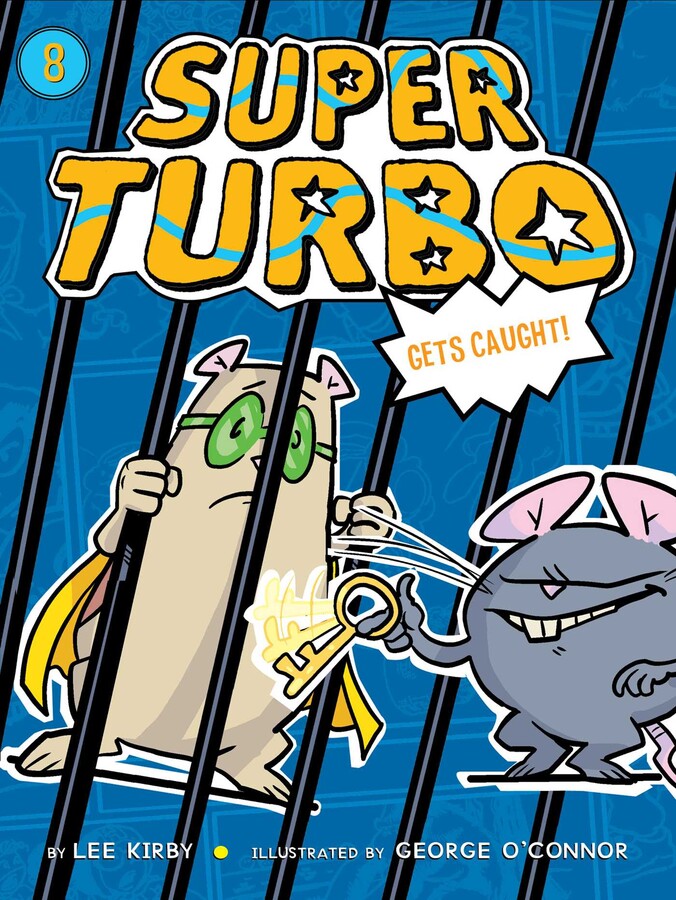 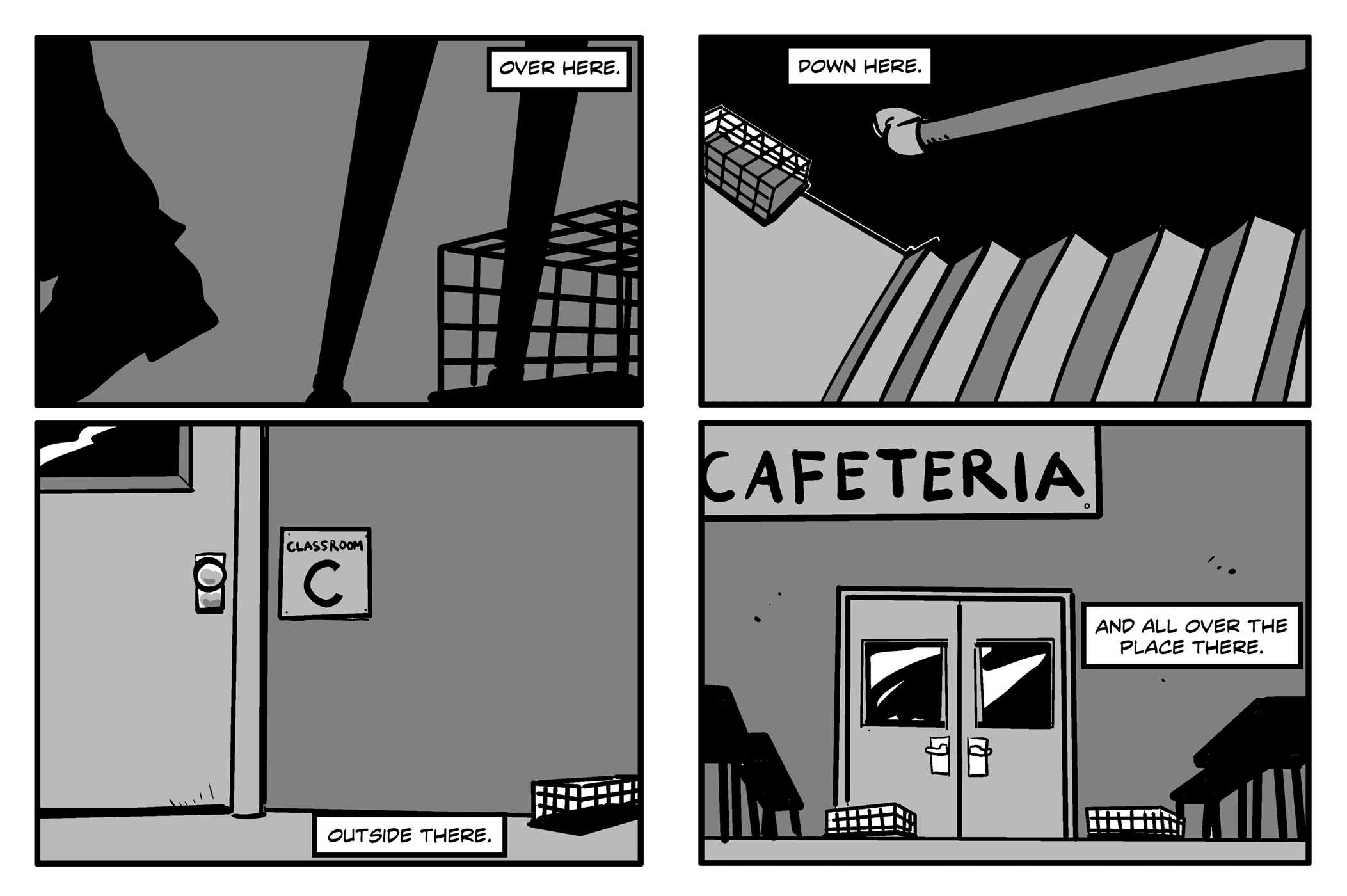 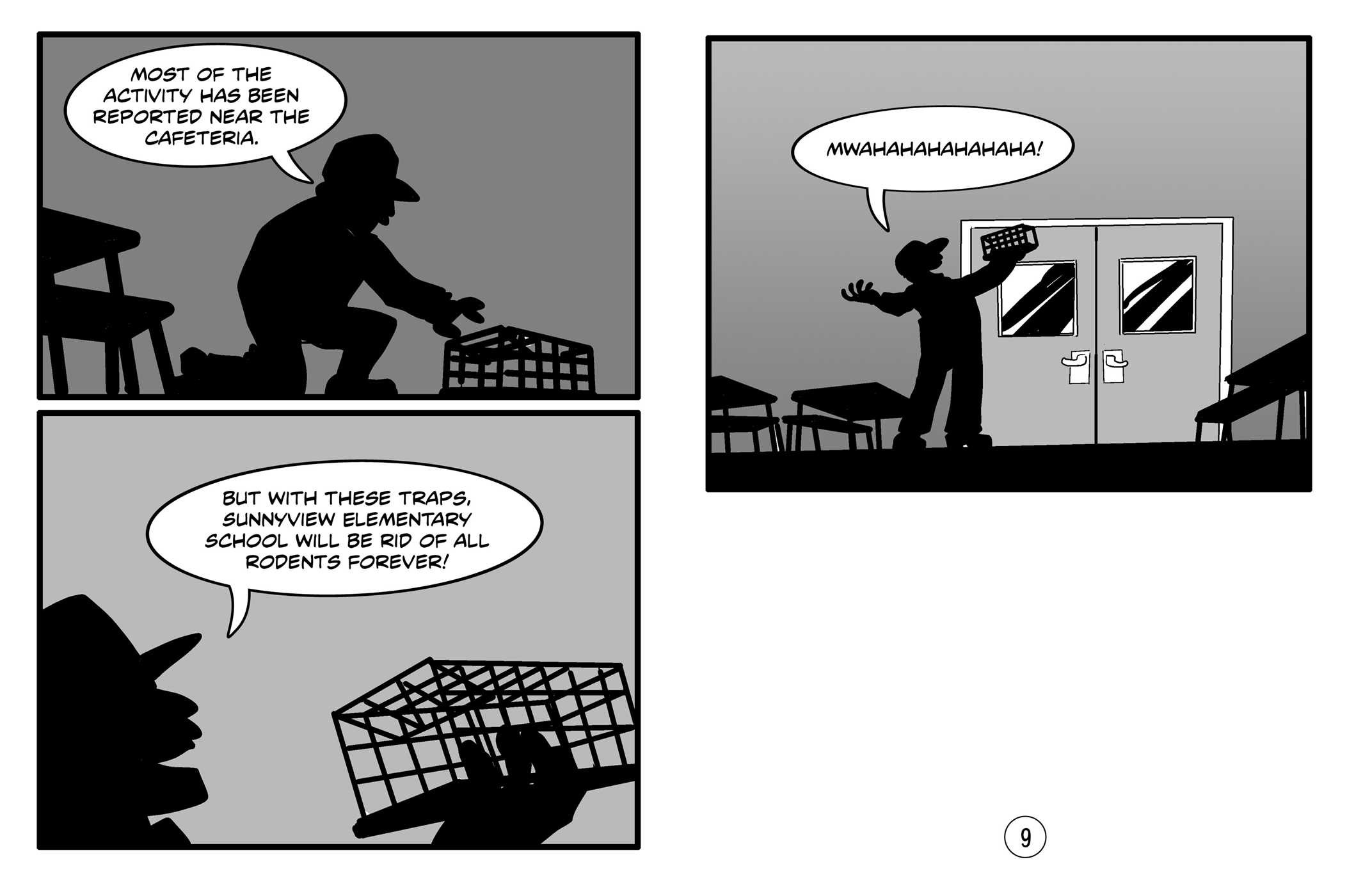 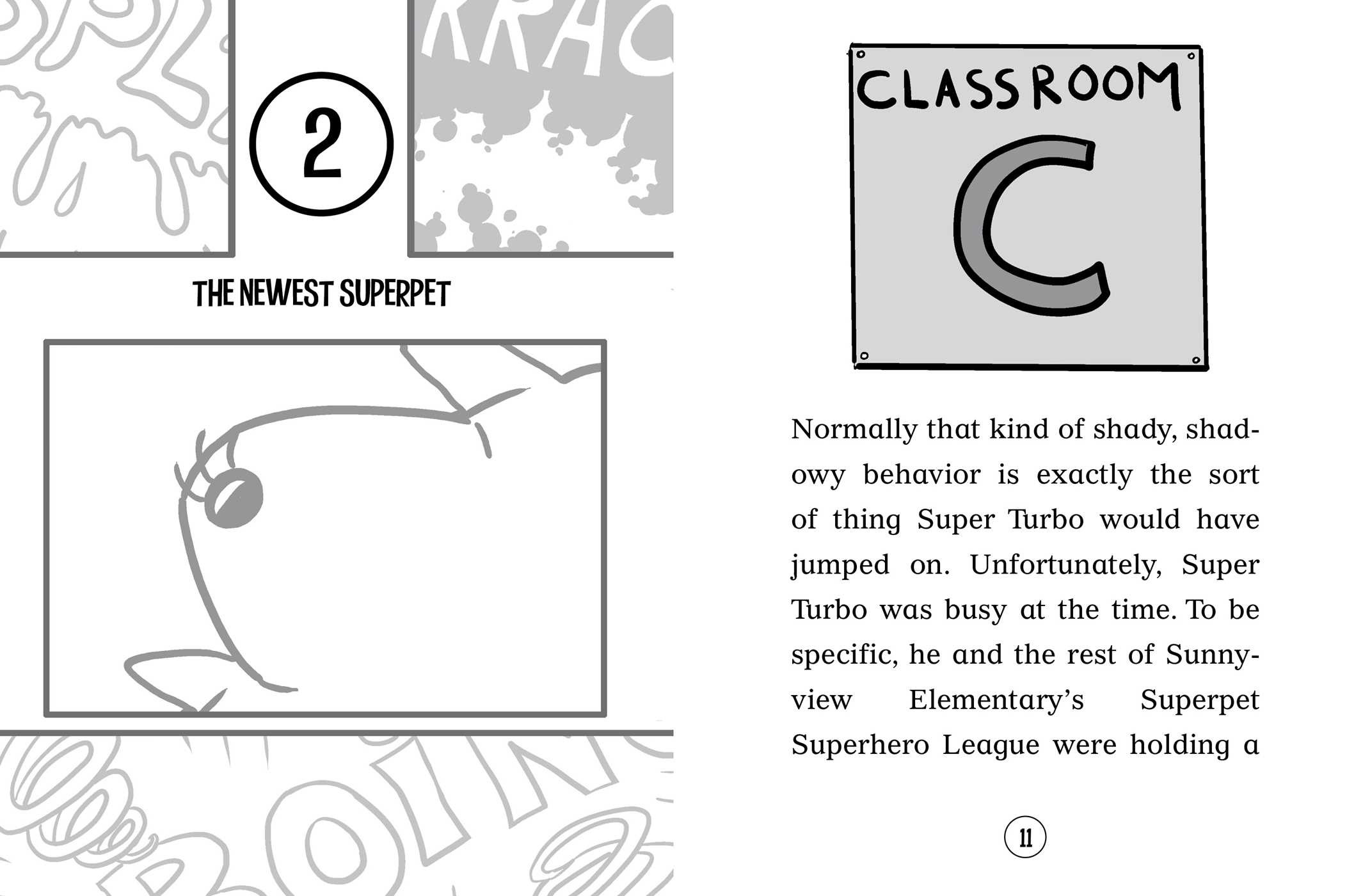 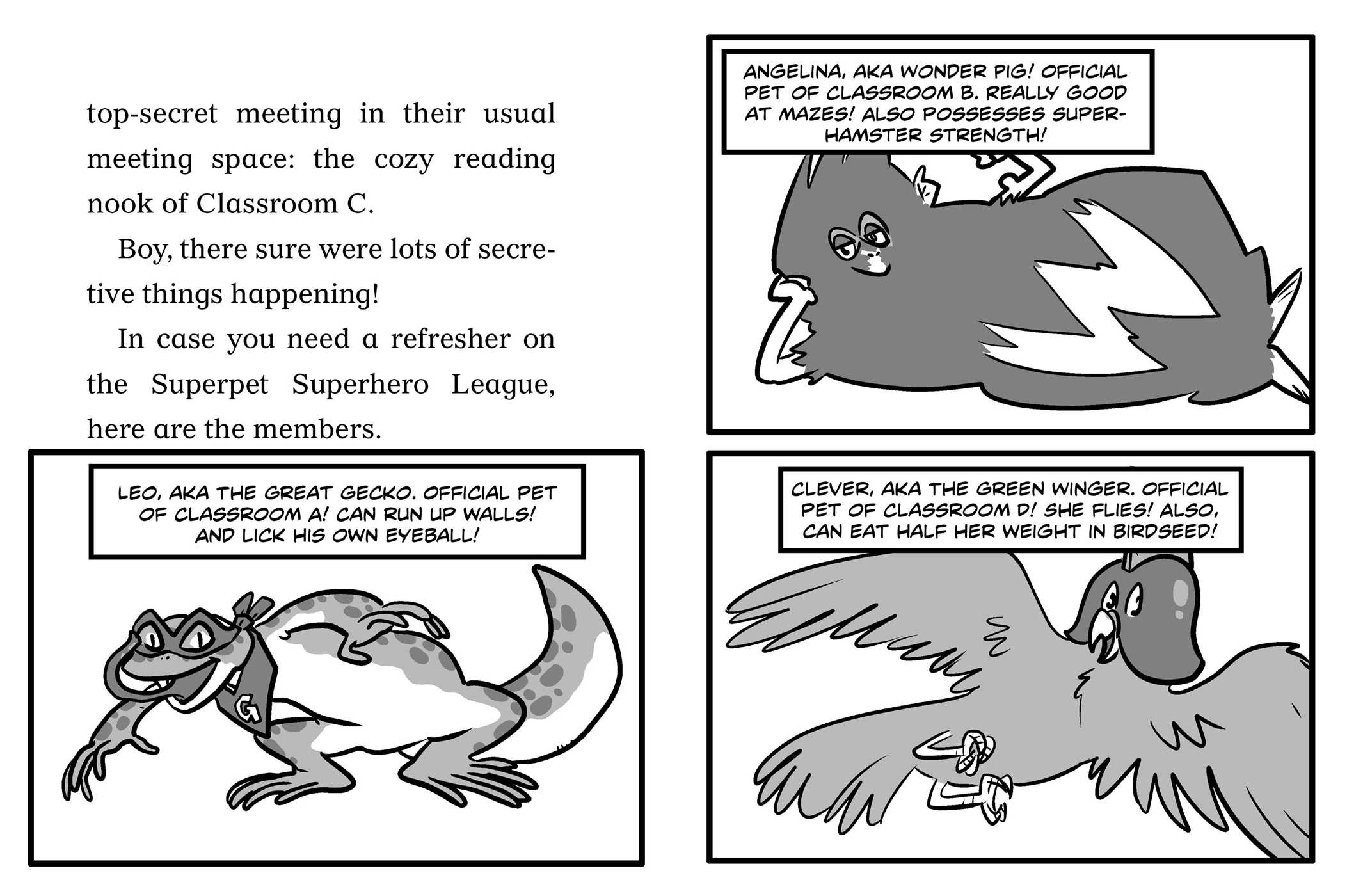 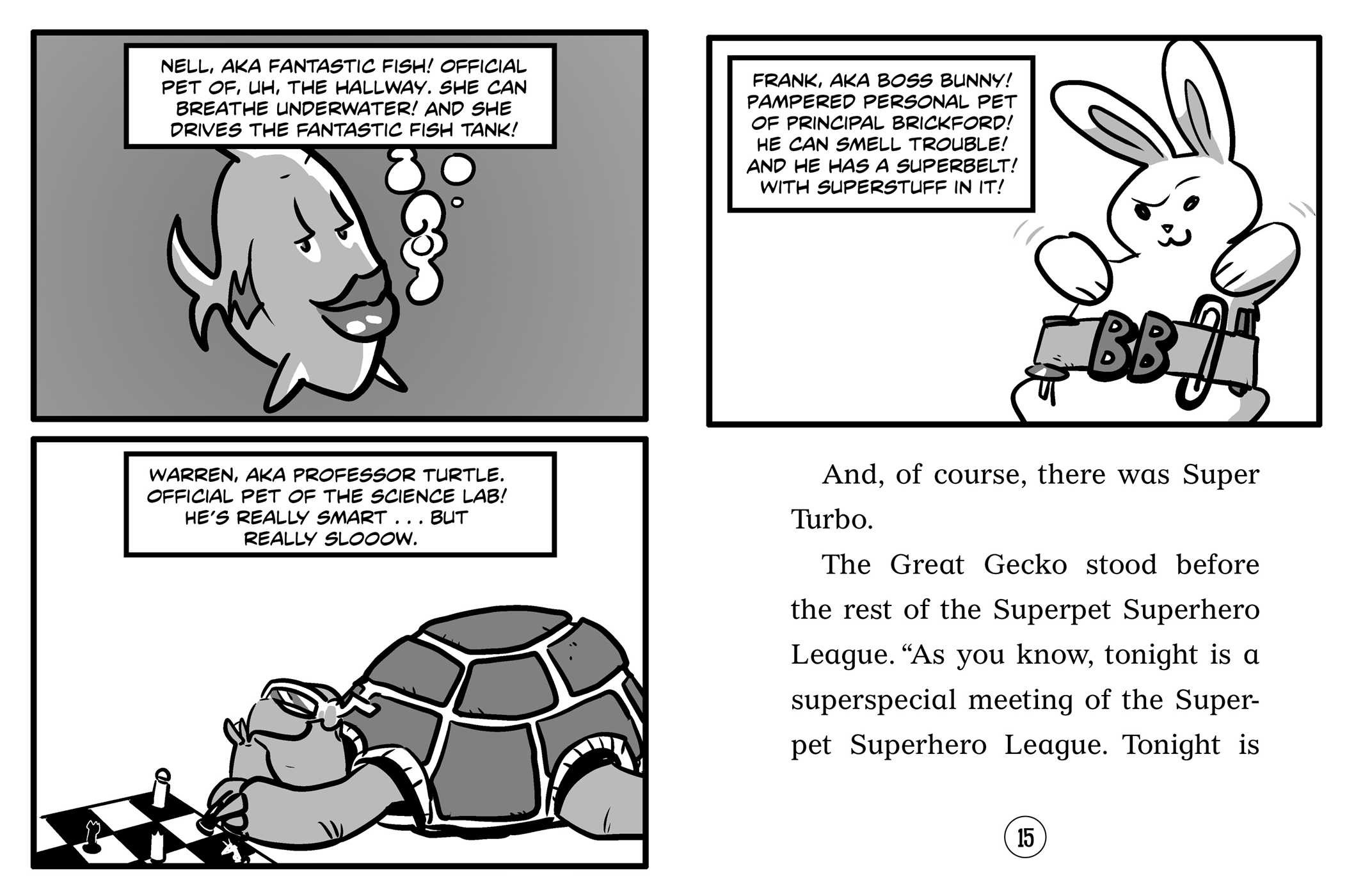 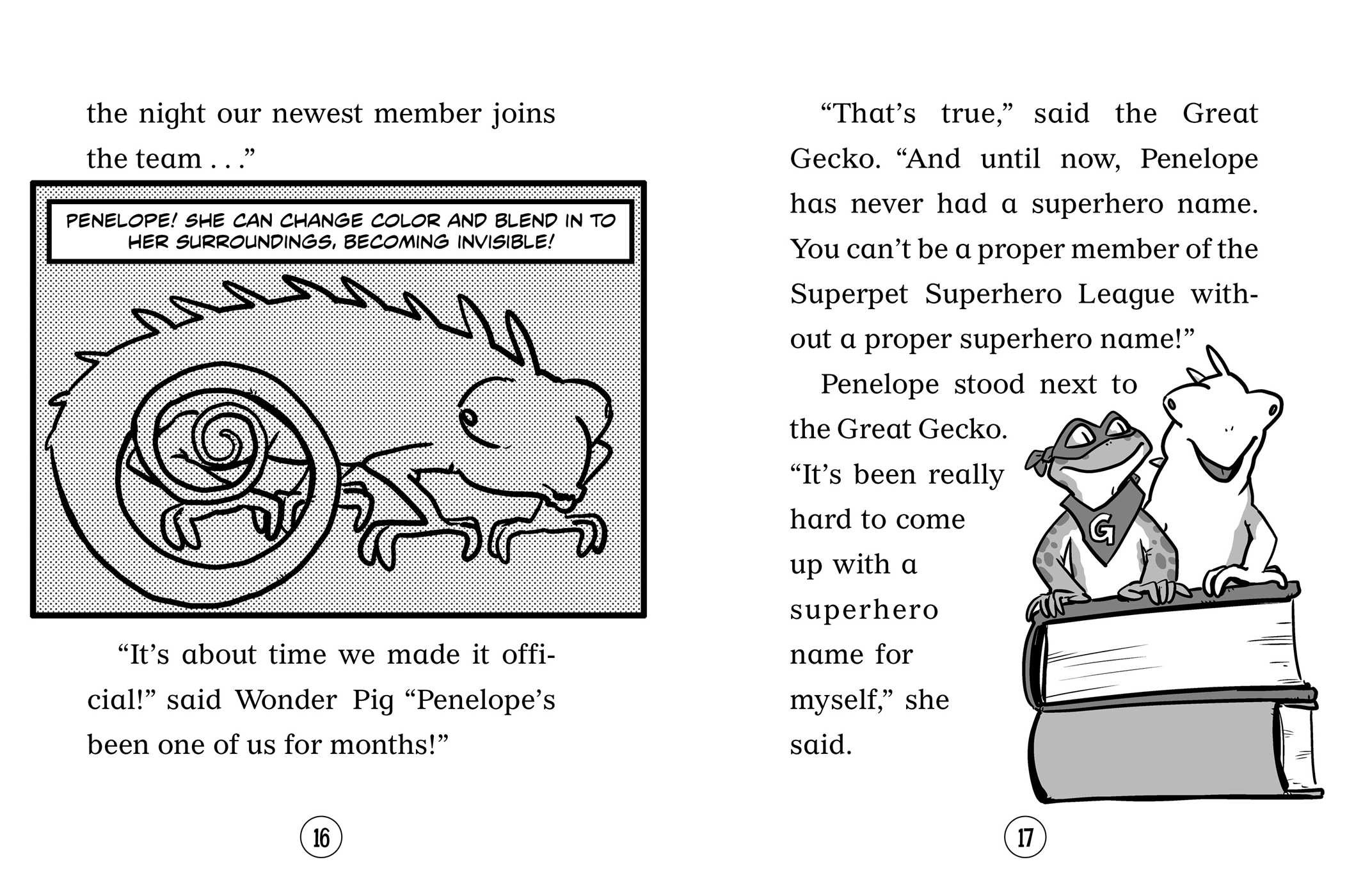 It’s just another typical night for the Superpet Superhero League as they make their rounds at Sunnyview Elementary. All seems quiet as Super Turbo walks the perimeter of the lunchroom, until he turns a corner and spies a tasty midnight snack! Just as he wraps his mighty paws around the treat—SLAM!—the hamster hero finds himself trapped in a mousetrap. But the evil Whiskerface and his Rat Pack have been escaping these traps for years! Could the key to Turbo’s freedom lie in the hands of his greatest foe?

With easy-to-read language, illustrations, and comic panels on almost every page, the Super Turbo chapter books are perfect for emerging readers!


It was late at night. The school lights were out. All the kids and teachers had gone home hours ago so the hallways were empty. Empty except for one mysterious, shadowy figure. But no matter. Moving on—

Hey, wait a second. A mysterious, shadowy figure? Something big and secret is going on here. But it’s not the original big secret. That secret is about this little guy right here.

The secret is that he’s not just a regular hamster named Turbo. Because he’s actually . . .

But at the moment, Turbo was nowhere in sight. So back to that Mysterious Shadowy Figure.

The Mysterious, Shadowy Figure made his way down the darkened hallway. The figure had some small cages tucked under his arm. Every few feet, he would leave one of the cages on the floor.

Lee Kirby has the proportionate strength and abilities of a man-sized hamster. He spends his days chewing up cardboard and running in giant plastic bubbles throughout his very own fortress of solitude in Brooklyn, New York. And, no, he is not related to world-famous Captain Awesome author, Stan Kirby. Or is he?