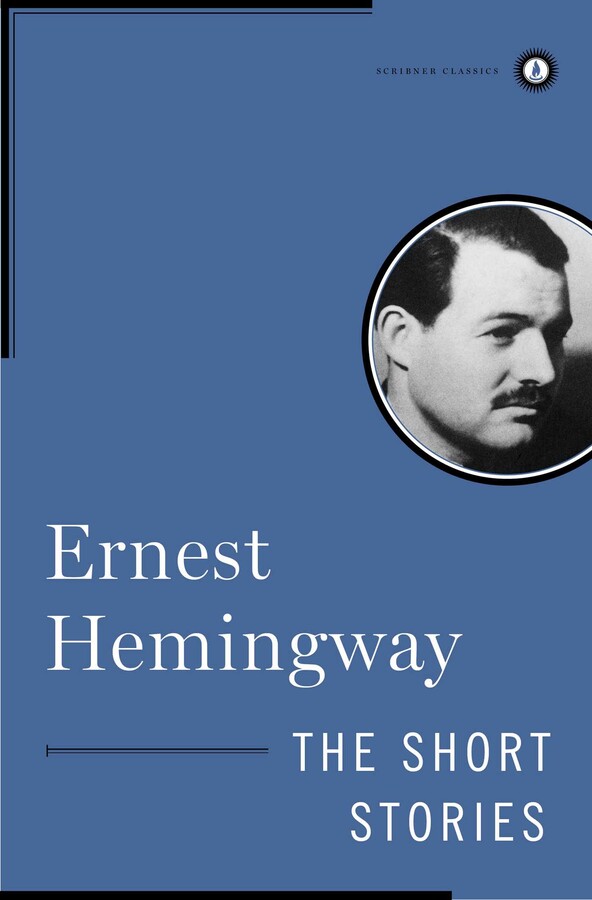 By Ernest Hemingway
LIST PRICE $19.99
PRICE MAY VARY BY RETAILER

Ernest Hemingway is a cultural icon—an archetype of rugged masculinity, a romantic ideal of the intellectual in perpetual exile—but, to his countless readers, Hemingway remains a literary force much greater than his image. Of all of Hemingway’s canonical fictions, perhaps none demonstrate so forcefully the power of the author’s revolutionary style as his short stories. In classics like “Hills like White Elephants,” “The Butterfly in the Tank,” and “The Short Happy Life of Francis Macomber,” Hemingway shows us great literature compressed to its most potent essentials. We also see, in Hemingway’s short fiction, the tales that created the legend: these are stories of men and women in love and in war and on the hunt, stories of a lost generation born into a fractured time.

The Short Stories of Ernest Hemingway presents many of Hemingway’s most famous classics alongside rare and unpublished material: Hemingway’s early drafts and correspondence, his dazzling out-of-print essay on the art of the short story, and two marvelous examples of his earliest work—his first published story, “The Judgment of Manitou,” which Hemingway wrote when still a high school student, and a never-before-published story, written when the author was recovering from a war injury in Milan after WWI. This work offers vital insight into the artistic development of one of the twentieth century’s greatest writers. It is a perfect introduction for a new generation of Hemingway readers, and it belongs in the collection of any true Hemingway fan.

By clicking 'Sign me up' I acknowledge that I have read and agree to the privacy policy and terms of use. Free ebook offer available to NEW CA subscribers only. Offer redeemable at Simon & Schuster's ebook fulfillment partner. Must redeem within 90 days. See full terms and conditions and this month's choices.
Reading Group Guide for The Short Stories
Introduction
In 1923 Ernest Hemingway published his first three short stories, "Up in Michigan" (p. 81), "Out of Season" (p. 171), and "My Old Man" (p. 189), in a slim volume entitled Three Stories and Ten Poems. Fifteen years later he published a collection of forty-nine stories, and by then he was the undisputed master of the short story form. Of The Short Stories of Ernest Hemingway Clifton Fadiman said in The New Yorker, "I don't see how you can go through this book without being convinced that Hemingway is the best short story writer...using English."
"The Short Happy Life of Francis Macomber"
What are the causes of Francis Macomber's sudden conversion from fear to "the wild unreasonable happiness that he had never known before" (p. 32), what are the implications of his conversion for his and Margot's future, and what are the unanticipated consequences of Margot's killing Francis (p.36-37)?
"The Snows of Kilimanjaro"
How is neglect, the reason for Harry's gangrenous infection, also the cause of a second death for which Harry, the artist, expresses even greater regret (pp 59-60)? What does Harry mean when he says he has "traded" on his talent, and what were the specific temptations to which he admits succumbing at the cost of his artistic integrity?
"Big Two-Hearted River"
Is "Big Two-Hearted River" a story about Nick's testing and controlling his fragile emotions as well as about his setting up camp and catching trout? Why are the "known" and "unknown" so important to Nick, and why does he believe "the fishing would be tragic" in the swamp (p. 231)?
"A Clean Well-Lighted Place"
What does the old waiter reveal when he says he does not like to close up each night "because there may be someone who needs the café" or "a light for the night" (p. 382)? What is the "nothing" or "nada" that he, like the old man, "knew too well" (p. 383), and how could a clean, well-lighted café sometimes lessen "nada's" effect?
"The Killers"
Is "The Killers" "an initiation story"? If so, to what is Nick Adams introduced? After Nick asks killer Max, "What's it all about" (p. 286), "it" appears very often (pp. 286-289), developing meaning incrementally in Nick's growing awareness. What does "it" mean by the time we read George's final line, "Well...you better not think about it" (p. 289)? What is implied by the "wall" to which Ole turns after Nick's warning?

After Reading the Stories
Your group might wish to read other stories from the Hemingway collection which focus upon similar concerns or themes found in the stories listed above. Marital tension and incompatibility are highlighted in "Cat in the Rain," "Out of Season," and with subtle irony in "A Canary for One." Because Nick in "Big Two-Hearted River" is often assumed to be a returning war veteran, "Soldier's Home" serves as an excellent companion piece. "Indian Camp" (p. 89), "The Battler" (p. 127), and "Ten Indians" are Nick Adams "initiation" stories and will complement "The Killers." The importance of the artist's getting the work done, the subject of "The Snows of Kilimanjaro," is a dominant concern throughout Hemingway's fiction and more strongly emphasized in his posthumous novel The Garden of Eden than in any of the other short stories. The very brief story, "The Sea Change" however, (p. 397), should be read first as a stepping stone to that novel.

By Ernest Hemingway
LIST PRICE $19.99
PRICE MAY VARY BY RETAILER